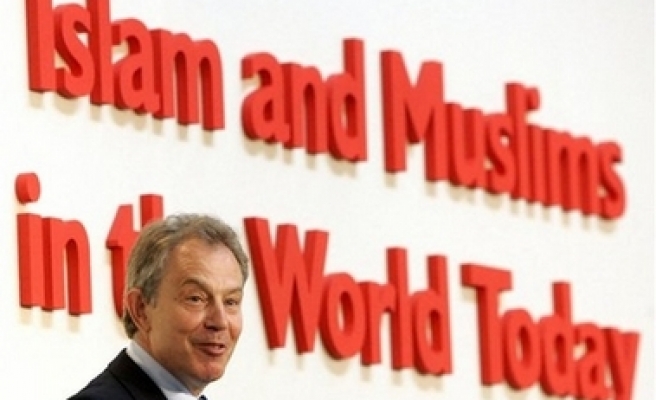 Muslim imams will be trained in British universities to curb the influx of foreign Islam teachers in to UK mosques, Tony Blair announced today.

Today’s announcements follow a row last week over the Government’s plans for tackling extremism in universities. Lecturers and academics in the University and College Union voted to oppose the Government’s calls for them to inform the police of any students who may be turning towards extremism.

Mr Blair responded to warnings in a report published today that university courses in Islamic studies focus too narrowly on the Middle East and fail to engage with modern “realities” of Muslim life in multi-cultural Britain.

But the Muslim Council of Britain, have not been invited to speak at the event, a spokesman said the omission of a session at the conference on the impact of the UK’s participation in the ‘war on terror’ was ‘strange’ and would add to the impression that Government are “engaged in a colonial style divide and rule policy towards British Muslims,” he said.

The Prime Minister, who last month set out his intention to be involved in inter-faith dialogue upon stepping down from office at the end of the month, said that more imams and religious leaders should receive their training in the UK. This would mark a move away from the a reliance in British mosques on leaders from abroad who struggle to interact successfully with young Muslims born and brought up in the UK.

Mr Blair told a conference of international Islamic leaders in London that British politicians and public need to listen harder to hear the “calm voice of moderation and reason” of most of the country’s Muslims. And he said that it is wrong to equate Islam and Muslim communities with extremism.

“Many Christians disagreed with the decisions I took over Afghanistan or Iraq. What is damaging is if they are seen in the context of religious decisions,” he said.

“The religious faith of either country was as irrelevant to the decision as was the fact that the Kosovo Albanians we rescued were Muslims, suffering under a Serbian dictatorship, whose religion happened to be Christian Orthodox. Or in helping the people of Sierra Leone, 70 per cent of whom are Muslim,” he added.

Mr Blair told the audience of academics, scholars and religious leaders that Islam was not a “monolithic faith”, but one made up of a “rich pattern of diversity”. “Muslims overwhelmingly want to play a full part in the complex and diverse societies in which they find themselves - both contributing and shaping those societies. Most seek to play a part as loyal citizens of their countries and as loyal Muslims," he said.

Bill Rammell, the Higher education minister, told the conference that Islamic Studies is to be designated a “strategically important subject” because of its role in promoting understanding of Islam in a modern context.

Mr Rammell also called on the universities and colleges to work more closely with Muslim communities on pastoral support for Muslim students. He urged closer links between Islamic schools - or madrassas - and mainstream British education following a report, published today and commissioned last year by the Department for Education and Skills amid concerns that some students were being exposed to "radical Muslim preachers" on campus.

The report compiled by leading scholar Ataullah Siddiqui, was welcomed by Mr Blair, “We intend to follow-up on many of Dr Siddiqui’s recommendations and will be providing significant funding to deliver on this commitment,” he told the conference, co-hosted by the Foreign Office.

Specifically, a £1m project is to be launched to improve the quality of Islamic studies courses, which the British government underlines is“strategically important”.

Ruth Kelly, Secretary of State for Communities and Local Government, David Cameron, Leader of the Conservatives and the Right Reverend Richard Chartres, Bishop of London will also address the conference, hosted by the Cambridge Interfaith Programme in London.