Ahead of polls, Egypt's Islamists warn of violence

The Muslim Brotherhood said an arrest campaign targeting its members could cause the country to 'explode'. 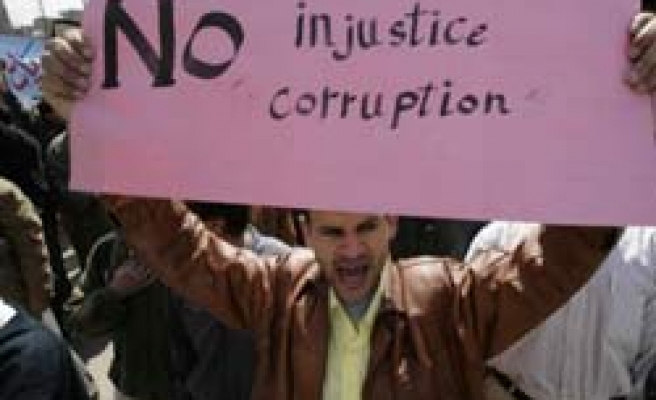 The Muslim Brotherhood, Egypt's powerful opposition group, said an arrest campaign targeting its members and efforts to block them from running in local polls could cause the country to "explode".

But the Brotherhood said it will not encourage its supporters to resort to violence to protest the latest crackdown which it says aims at stopping the group from making any gains in local council elections next month.

'OUR APPROACH IS A PEACEFUL, LEGAL APPROACH'

"Our approach as Muslim Brothers is a peaceful, legal and constitutional approach," the group's top leader, Mohamed Mahdi Akef, told reporters. "But we are not responsible for others. It is very likely that (people) explode ... people are fed up."

The White House, in a rare criticism of Egypt for policies against the Islamist group, said on Thursday it was concerned by opposition arrests. Cairo struck back, saying the criticism reflected a "lack of understanding" of Egypt.

Analysts see the Muslim Brotherhood as the only opposition group in the Arab country that is able to challenge the ruling National Democratic Party (NDP) of President Hosni Mubarak, a U.S. ally in power since 1981.

The government says the group is banned but allows it to operate within limits.

The Brotherhood said only 498 members out of 5,754 were able to register their candidacy for the April 8 polls.

"This is an ... implicit invitation from the regime to the entire society to explode and use violence," senior Brotherhood leader Abdel-Moneim Aboul-Fotouh said.

"When you close down the channels of peaceful work, you only leave people to explode," he added.

Egypt postponed local council elections for two years in 2006 after the Brotherhood performed better than expected in the elections of the lower house of the parliament in 2005. Brotherhood members, running as independents, won roughly a fifth of the seats.

Thousands of Brotherhood supporters took to the streets on Thursday to protest against the government blocking the nomination of their candidates.
Last Mod: 16 Mart 2008, 10:55
Add Comment