The 30th Irish Dail (lower house of the parliament) elected Bertie Ahern to be prime minister for his third term in a three-party coalition. 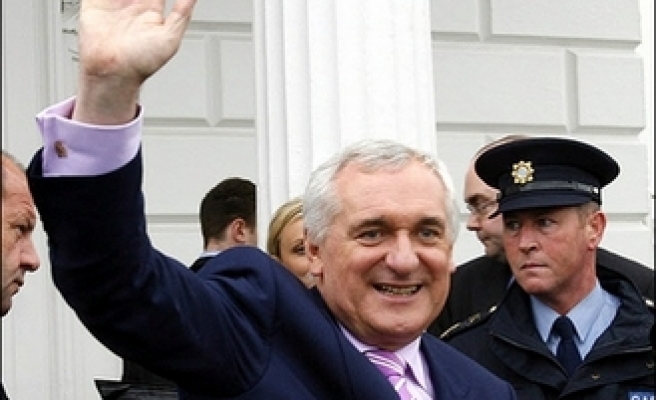 The 30th Irish Dail (lower house of the parliament) elected Bertie Ahern on Thursday to be prime minister for his third term in a three-party coalition.

The new government, made of Fianna Fail, the Green Party and the Progressive Democrats, is also be supported by a number of independent members of the parliament, giving Ahern a comfortable majority.

Ahern is the first prime minister to serve three terms since Eamon De Valere in the Irish history.

The Green Party is in government for the first time in the party's history after its members voted last night by an overwhelming majority in favor of a deal hammered out with FIanna Fail after ten days of negotiations.

It is expected that the Green cabinet posts will involve responsibility for the environment and energy. It will get another two junior ministerial posts, which means that four of the party's six members of the parliament will get office under the deal.

Ahern's Fianna Fail gained 78 seats in the 166-seat Dail, but failed to get majority in the parliament in the general election on May 24.

His previous coalition partner, Progressive Democrats, had a decline, only with two seats.

Ahern has led a coalition government since 1997, a period of sustained economic growth for the country. Last Mod: 15 Haziran 2007, 11:11
Add Comment