Ahmadinejad: 'Enemies planned to kill me in Iraq'

Ahmadinejad said the plot was never carried out because of 'intentional' last-minute changes in his schedule during the visit, the Web site said. 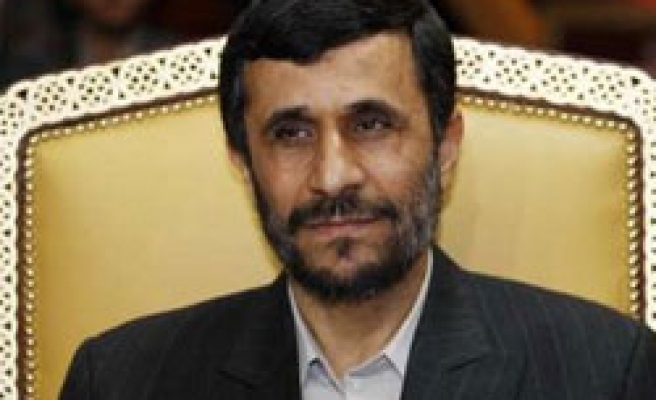 Iranian President Mahmoud Ahmadinejad on Thursday charged the United States with plot to kidnap and assassinate him during a visit to Iraq, Fars news agency reported.

The president told a meeting of clerics in the central city of Qom that Iran's enemies planned to kill him when he went to Baghdad in March, according to the president's Web site. Iranian leaders usually use the term enemies to refer to Western nations and the United States in particular.

The report on the presidential Web site did not specify the United States as the source of the plot. But state television reported that Ahmadinejad had 'unveiled a shocking story' — that 'Americans had intended to kidnap him during his trip to Iraq.'

Ahmadinejad said the plot was never carried out because of 'intentional' last-minute changes in his schedule during the visit, the Web site said. He said the conspirators learned about the changes after he left Iraq.

Ahmadinejad's trip to Baghdad was the first by an Iranian leader since the 1979 Islamic Revolution in Iran, a sign of the close ties between Teheran and the Shia-led government in Baghdad.

During his visit, Ahmadinejad did not stay in the heavily fortified Green Zone, where the Iraqi government and US Embassy are centered and where most visiting dignitaries reside. Instead, he stayed in a compound that includes the home of President Jalal Talabani, a Kurd, and Abdul-Aziz Al Hakim, head of Iraq's largest Shia party, both of whom have strong ties to Tehran, the security official said. His security was provided by members of the Shia Badr Movement, close to Al Hakim, and Kurdish peshmerga fighters, instead of army or police, the official said.

Iran and the US have no diplomatic relations since shortly since 1979.