Mahmoud Ahmadinejad is in Abu Dhabi on the first ever visit by an Iranian president to the United Arab Emirates. 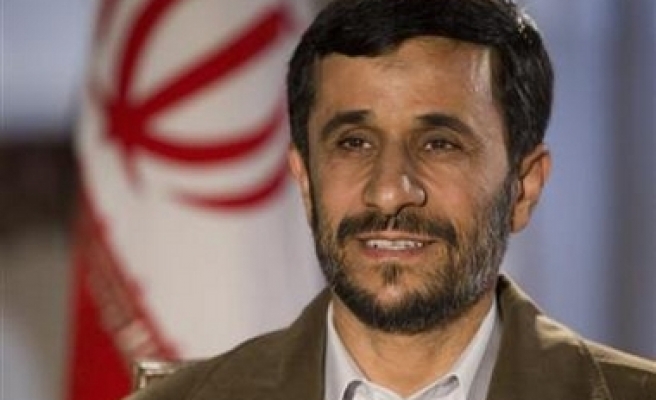 Mahmoud Ahmadinejad is in Abu Dhabi on the first ever visit by an Iranian president to the United Arab Emirates.

Ahmadinejad's arrival on Sunday comes just days after a visit by Dick Cheney, the US vice president.

Abu Dhabi's ties with Washington have not prevented generally robust relations with Tehran although a shadow is cast by a territorial dispute over the tiny but strategically important islands of Greater Tunb, Lesser Tunb and Abu Musa at the entrance to the Strait of Hormuz from the Gulf.

The row over the islands, annexed by Iran's pro-Western Shah in 1971 as Britain ended its longstanding protectorate over what is now the UAE, has long been a sore point in relations between the two countries.

The UAE, backed by Saudi Arabia and the other four Gulf states, has repeatedly called for direct talks to resolve the dispute or its referral to international arbitration.

But Iran insists it has full sovereignty over the islands and rejects any question of negotiations.

Despite the row, the two countries have wide-ranging commercial links, and the UAE is by far Iran's largest trading partner.

The emirate of Dubai in particular serves as an outlet for Tehran's business with the outside world.

This makes the UAE an essential partner for Iran at a time when it is subjected to UN and more wide-ranging US sanctions, and Washington is seeking to isolate Tehran over its controversial nuclear programme.

In a sign of the importance Tehran attaches to relations, last year it appointed one of its highest profile diplomats, former foreign ministry spokesman Hamid Reza Asefi, as its ambassador in Abu Dhabi.