Ahmadinejad: 'G8 on road to precipice'

The comments came in a letter contributed to Japan's best-selling broadsheet Yomiuri newspaper as the eight nations held their annual summit on the northern Japanese island of Hokkaido. 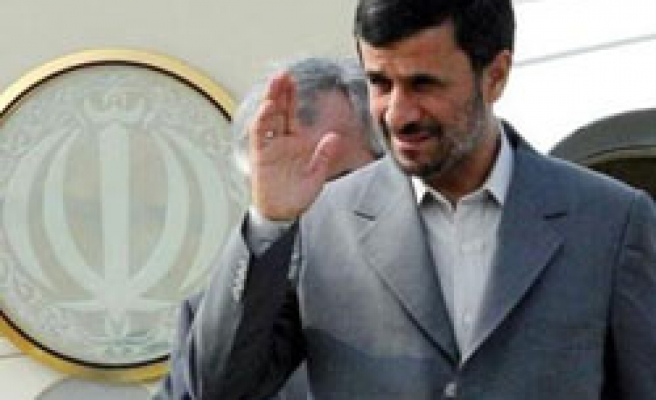 Iranian President Mahmoud Ahmadinejad lashed out at the Group of Eight wealthy nations in a letter to a newspaper on Tuesday, saying their policies would "accelerate them along the road to a precipice," and reiterated he would not accept pressures to halt uranium enrichment.

The comments came in a letter contributed to Japan's best-selling broadsheet Yomiuri newspaper as the eight nations held their annual summit on the northern Japanese island of Hokkaido.

Ahmadinejad also responded to written questions, maintaining his position that Iran would not accept "illegitimate demands" to stop its uranium enrichment programme, the Yomiuri said.

In his letter, Ahmadinejad said the world had entered an era of fundamental change, ending a world order controlled by a single powerful nation.

"It is possible for people to assemble who are unaware of the state of people's lives and who do not understand the changing times," he said.

"They (the Group of Eight members) may imagine they can solve their own problems without respecting others or paying any attention to their interests. But this attitude is just a series of failures that will accelerate them along the road to a precipice," he added.

Ahmadinejad says his country's nuclear activities are peaceful, but the United States and other governments insist they are a cover to build atomic bombs. The United States, China and Russia, along with three European Union governments offered a new package to prevent its civilian nuclear power programme.

The leaders of the United States, Russia, Canada, France, Britain, Germany and Italy are at a meeting hosted by Japanese Prime Minister Yasuo Fukuda this week, at which oil and food prices are topping the agenda, along with climate change.