Ahmadinejad: Intermediary not needed for direct US talks

Iranian state TV is quoting President Mahmoud Ahmadinejad as saying Iran would welcome the idea of setting up a U.S. diplomatic office in Tehran. 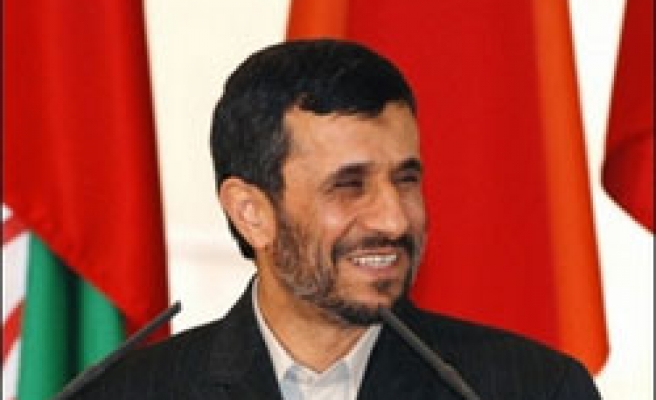 Sunday's report quotes the Iranian leader as saying he would consider an American request to set up an interests section in Iran. He says he welcomes any move to expand ties.

Ahmadinejad also says his government hasn't received any official request for such an office.

"As I have previously announced, I am ready to talk with Mr. Bush directly," Ahmadinejad said after a cabinet meeting.

Responding to the question whether Iran and the US were willing to hold direct talks, Ahmadinejad said his government preferred direct talks with the US without intermediary, official IRNA news agency reported.

"Tehran does not need any mediator for talks with Washington and is well-prepared for direct talks," he was quoted as saying.

Last month, U.S. officials floated the idea but no formal requests were made.

Iran has operated an interests section in Washington for years. But the U.S. hasn't had any diplomatic presence in Tehran since the 1979 Islamic Revolution.