The news agency quoted Iran's ambassador to Italy, Abolfazl Zohrehvand, as saying that the plot was to use extreme radiation in the place where Ahmadinejad was due to stay. 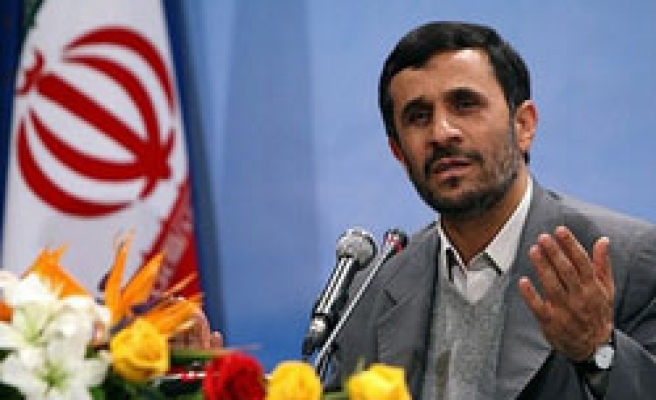 Iranian President Mahmoud Ahmadinejad was the target of an "X-ray radiation plot" during his trip to Rome for the UN food summit earlier this month, the official IRNA news agency reported on Monday.

The news agency quoted Iran's ambassador to Italy, Abolfazl Zohrehvand, as saying that the plot was to use extreme radiation in the place where Ahmadinejad was due to stay.

The diplomat spoke out after Ahmadinejad himself charged that he had been the target of an assassination plot during his landmark trip to Iraq in March and his aides spoke of a similar attempt in Rome.

"One day before Ahmadinejad's trip, I checked and found out that the (security) X-ray machine set up in the place where he was staying gave off excessive radiation," Zohrehvand said.

He said that the regular radiation level of such equipment in Italy was "300" but on this machine it had reached "900".

He gave no indication of the units he was using but radiation is normally measured in millirems with the average American experiencing a total annual exposure of an average of 360, according to medical websites.

"First we suspected the machine was broken and after replacing it with another one it turned out that the radiation was controlled from another source," the ambassador said.

"When the president entered this place, the radiation increased and exceeded '1,000' so that the intensity of the radiation was completely felt inside the building," he added.

The diplomat did not say if the place where Ahmadinejad was staying was a hotel or official residence.

Ahmadinejad said in mid-June that enemies had planned to kidnap and kill him in Iraq but the plot was foiled after the Iranian delegation changed their travel plans.