Iranian President Mahmoud Ahmadinejad will oversee the signing of agreements to strengthen economic ties with Iraq on Monday on the second day of his landmark trip to Baghdad. 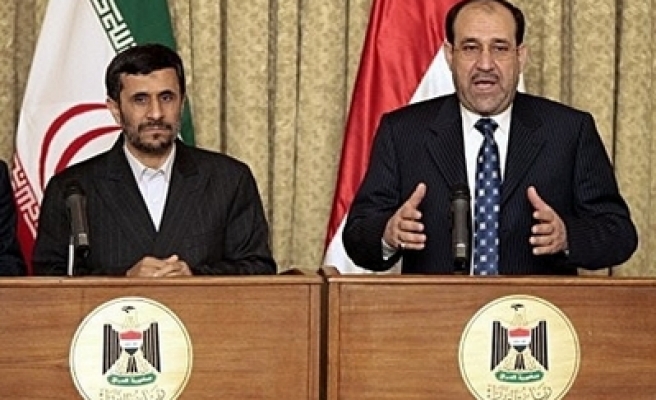 Iraqi officials said up to 10 bilateral accords would be signed as Ahmadinejad completed the first visit by an Iranian president to Iraq since Saddam Hussein launched a ruinous eight-year war on Iran in 1980 in which 1 million people died.

"Agreements will be signed today on behalf of the ministries of transport, including railways and freight and sea transport," said Shirwan al Waeli, Iraq's minister of national security.

Ahmadinejad said on Sunday his visit, the first by a leader from the region since the U.S.-led invasion in 2003, opened a new chapter in relations between Iran and Iraq. This year is the 20th anniversary of the Iran-Iraq war.

Ahmadinejad took a swipe on Sunday at the United States, which has more than 150,000 troops in Iraq, saying it was responsible for a rise in terrorism in the region.

"Six years ago there were none of these terrorists. When the others stepped foot in this country and region we find a foothold for the terrorists," he told reporters after meeting Shi'ite political leader Abdul-Aziz al-Hakim.

Ahmadinejad has been restrained during the visit, offering only mild criticism of the United States, possibly to avoid embarrassing his Iraqi hosts.