Ahmadinejad said that "I advise you not to spoil this positive step ... by using the language of colonial times and by bullying." in a televised speech 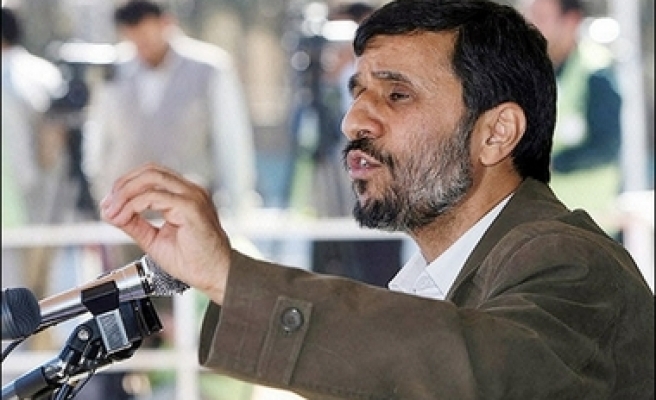 Iranian President Mahmoud Ahmadinejad on Wednesday praised U.S. participation in last week's talks with Tehran on its disputed nuclear programme as "a positive step" and a sign of respect by its arch foe.

"I advise you not to spoil this positive step ... by using the language of colonial times and by bullying," Ahmadinejad said in a televised speech.

But Ahmadinejad, who was unusually complimentary in his comments about a representative of a country Iran's clerical leaders see as "the Great Satan", made clear again Tehran would not halt atomic work the West suspects is aimed at making bombs.

"If you imagine that by some threats, sanctions and pressure you can make the Iranian nation retreat, you are again making a mistake," Ahmadinejad said in the southern city of Yasuj.

Some Iranian media have interpreted the U.S. policy shift as a victory for Iran.

But U.S. Secretary of State Condoleezza Rice on Monday said Iran was stalling and must give a "serious answer" within the deadline set by major powers, which have offered trade and technical incentives if Tehran halts its uranium enrichment.

She said Iran's envoy to Saturday's talks, chief nuclear negotiator Saeed Jalili, engaged in small talk rather than addressing the central issue of the sextet offer.

Ahmadinejad, however, gave a more upbeat assessment and described the discussions in Geneva as "good".

He said Iran wanted negotiations but urged major powers to approach his country respectfully and without threats.

Referring to Burns, Ahmadinejad said: "Their representative in the meeting spoke politely and in a dignified way and he kept respect for the Iranian nation and this was a positive step."

U.S. attendance at the Geneva talks was an about-face and comes as Washington is considering whether to open an interest section in Tehran, which would allow for diplomatic contact while falling short of diplomatic ties.

Iran says its nuclear work is a peaceful drive to generate electricity so that the country, the world's fourth-largest crude producer, can export more of its oil and gas.

It has repeatedly ruled out suspending uranium enrichment, as the powers say it must do before formal negotiations on their offer can start. Enriched uranium can provide fuel for power plants but also material for weapons if greatly refined.
Last Mod: 23 Temmuz 2008, 15:56
Add Comment