Iranian President Mahmoud Ahmadinejad's economy minister stepped down on Tuesday in the latest change to his cabinet but there remained confusion over the fate of his interior minister. 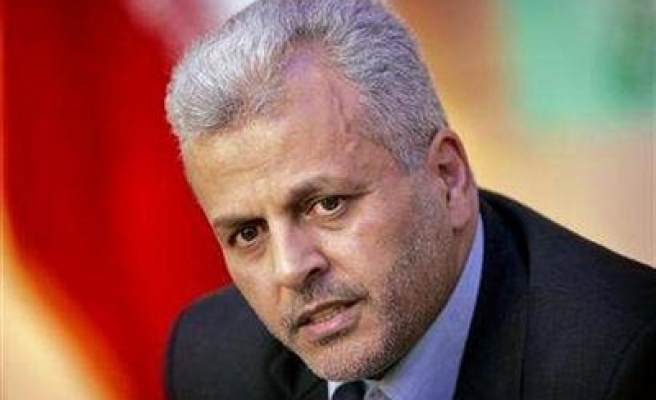 Economy and Finance Minister Davoud Danesh Jaafari was to hand over his post in a formal ceremony later Tuesday to his successor, the head of the government's economic commission, Hossein Samsani, the state news agency IRNA reported.

He said Pour Mohammadi would be replaced by the head of Iran's audit office Mohammad Reza Rahimi.

But hours after the publication of that report, it was withdrawn from the ISNA website without explanation and replaced by a new despatch where Moussapour denied that Pour Mohammadi's departure was official.

He said he was repeating what he "heard from media reports about the nomination of Dr Rahimi as caretaker minister."

Including the departure of the economy minister, six ministers have now been fired or resigned since Ahmadinejad took office.

The head of the management and planning organisations and a central bank chief -- who both have seats in the cabinet -- have also departed. Another minister also died while in office.

The number of changes to the cabinet has aroused heavy criticism from MPs and even from the Kayhan newspaper, usually a vociferous cheerleader of the president.

Ahmadinejad has been repeatedly attacked by moderates for his handling of the economy. Danesh Jaafari himself said: "I did not have common views on some issues" with the president.

The government spokesman Gholam Hossein Elham announced on April 9 that both the economy and interior ministers would be resigning.

But the reshuffle has taken almost two weeks to take place amid criticism of the frequent changes to the Ahmadinejad cabinet.

When the rumours initially surfaced, Elham called them an "April Fool's joke" before later confirming the news.

Pour Mohammadi himself last week had dismissed the prospect that he would have to resign. "I have not heard of it and it is unlikely that this will happen," he was quoted as saying.

Whereas his predecessors Mohammad Khatami and Akbar Hashemi Rafsanjani each made only half a dozen changes to their cabinets during their eight years in office, Ahmadinejad has now made more in less than half that time.