A Chinese city has severely limited air-conditioning in government buildings amid pressure from the central government to rein in soaring energy demand to feed the country's booming economy. 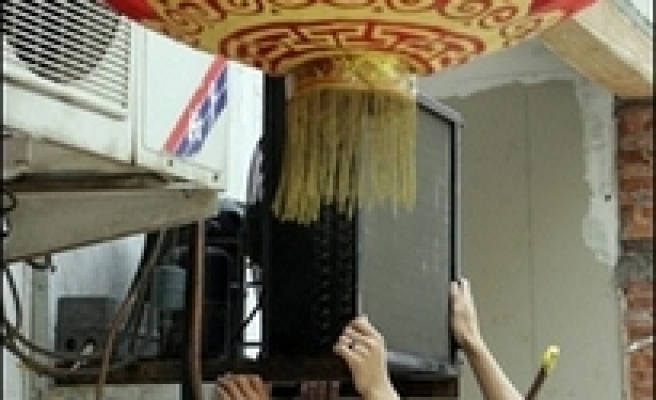 A Chinese city has severely limited air-conditioning in government buildings amid pressure from the central government to rein in soaring energy demand to feed the country's booming economy.

State media said government employees in Nanjing would not be permitted to turn on the air-conditioning until the temperature hits 33C.

It is the latest city to set a limit on air-conditioning use as pressure from the central government to save energy starts to take effect over fears of power failures as the summer heat takes hold.

An unnamed official with the city's agriculture and forestry department said workers had initially felt uncomfortable without the cool air, but had since got used to it.

"As government officials, we shall do our part in saving energy," the reported quoted the official as saying.

Local authorities had raised the air-conditioning threshold from 28C to 30C last year.

The move comes as China's top legislature on Sunday began deliberating a draft amendment to the energy conservation law, which details measures to cut energy waste in construction projects, the transportation sector and in government buildings, the official Xinhua news agency reported.

Earlier this month authorities in Beijing, and the eastern city of Yangzhou recruited "energy police" to check whether energy consumption in buildings met national standards.

Members of China's cabinet have also called on office workers to exchange business suits for cooler T-shirts and ordered that air-conditioning thermostats in public buildings be set no cooler than 26C.

China's demand for energy has soared as its economy has boomed over the past 15 years.

Parts of Shanghai suffered power cuts recently and officials fear further failures this summer as the overburdened energy networks in China's largest city and other parts of the country struggle to meet the surge in demand.

The Chinese government set a goal of reducing energy consumption per unit of gross domestic product by 4 per cent each year until 2010, but only managed to cut 1.23 per cent last year. Last Mod: 25 Haziran 2007, 12:43
Add Comment