The indictment is a sad example of attempts to undermine the political freedom of a party in a democratic regime, said the AK Party defense. 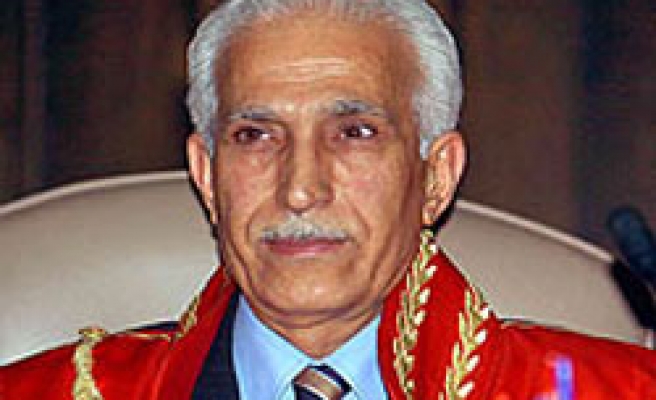 Turkey's ruling Justice & Development (AK) Party said on Monday that there was no rightful reason in the closure case that would necessitate sanctioning of the party.

AK Party said in its defense that Chief Prosecutor Abdurrahman Yalcinkaya could not prove his allegations and that he worked on Google search engine for a couple of days after deciding to file the lawsuit and then drew up his indictment.

Final part of the defense submitted to the Constitutional Court, AK Party said, "we have seen that all the data in the case opened against AK Party was interpreted against freedom by Supreme Court of Appeals Public Chief Prosecutor's Office."

"AK Party actually became the focal point of service to nation, human rights, democracy, peace and friendship and tolerance. Six-year performance of the party proved that it is the guarantee of democratic, secular and social rule of law," the defense said.

The defense said, "some of the news reports which appeared in media were distorted and added among the arguments."

Certain expressions and activities made by members of the party are being used as evidence as they were published in the media without having been supported by any further evidence, said the AK Party defense.

Any expressions or activities made prior to the establishment of the AK Party can not be used against the party itself, said the AK Party defense.

Attempts are being made to psychologically manipulate the Constitutional Court based on comments made by the Turkish Prime Minister Recep Tayyip Erdogan years before the foundation of the AK Party, stressed the AK Party defense.

The indictment is far from solid base in regard to President Abdullah Gul as he was elected president prior to the beginning of the closure case against the AK Party with which Gul has no legal or de facto relationship after having been elected, said the AK Party in its defense.

A demand to close a political party based on the expression of ideas shows how much the democratic regime is in danger, said the AK Party defense.

The indictment is a sad example of attempts to undermine the political freedom of a party in a democratic regime, said the AK Party defense.

It is unacceptable to see the closure of a political party whose activities were in line with existing laws, said the AK Party defense.

Our party is facing a closure case due to its support of a libertarian secular understanding, said the AK Party defense.

Abdurrahman Yalcinkaya, the chief prosecutor of the Supreme Court of Appeals, filed a lawsuit on March 14th, asking the top court of Turkey (Constitutional Court) to close AK Party. He said "the party has become the focal point of anti-secular activities."

In his indictment, the chief prosecutor demanded 71 people, including President Abdullah Gul (a former foreign minister) and Premier Recep Tayyip Erdogan, to be banned from politics for five years.

On March 31st, the Constitutional Court convened to make a preliminary assessment of the indictment and the judges accepted to open a debate on it unanimously while they voted 7-4 on the part of the indictment related to President Gul.

AK Party submitted its preliminary written defense to the court on April 30th, and the chief prosecutor submitted his opinion on the merits of the case on May 30th.

Now, as the party submitted its defense on the merits of the case, Yalcinkaya will do a verbal statement and AK Party will answer to this.

Later the rapporteur assigned by the court will prepare his/her report on the merits of the case.

In this phase, the chief prosecutor can submit further evidence and AK Party can submit additional material to the rapporteur. Then the report will be distributed to court members for consideration.

At a later stage Constitutional Court chief justice Hasim Kilic will set a date and the court will start hearing the case on its merits.

If AK Party requests extra time for its defence, the court will also assess this request. According to the Constitution, at least 7 of the 11 members of the court have to vote for closure in order to shut down a political party.