France said on Tuesday an attempt to ban Turkey's ruling party and remove the prime minister made Ankara's hopes of joining the European Union "more remote". 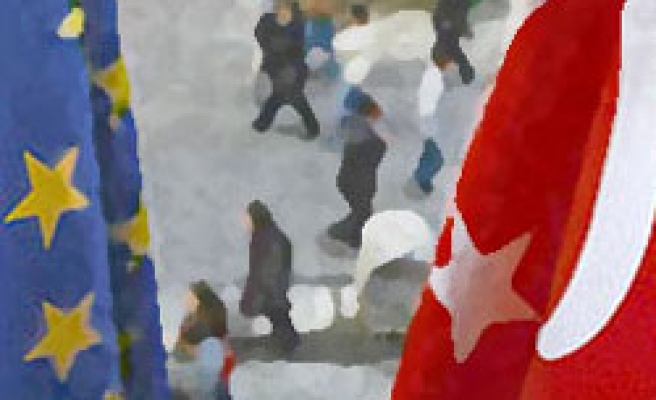 A senior source in President Nicolas Sarkozy's office said the state prosecutor's bid to have the Constitutional Court shut the AK party for allegedly being anti-secular, confirmed French doubts about the possibility of integrating Turkey into the EU.

"Given what's happening currently in Turkey, you can really see that the prospect of accession is becoming more distant," the source told reporters on condition of anonymity, on the day Paris took over the EU's presidency for six months.

Sarkozy has long opposed Turkey's bid to join the 27-nation bloc, saying the country is not in Europe geographically. Under his predecessor, Jacques Chirac, the EU unanimously agreed in 2004 to open negotiations with the aim of membership.

The source said France would not halt the opening of negotiations on new EU policy areas with Turkey during its presidency of the 27-nation bloc provided they did not involve five "chapters" that presupposed eventual membership.

Asked what impact the possible outlawing of the AK party, could have on Turkey's EU aspirations, the source said:

"If they start banning the ruling party now, that's very interesting. That judicial novelty should be tossed to all those who wanted to accelerate Turkey's integration into Europe."

Turkish authorities detained at least 24 ultra-nationalists, including two retired generals, on Tuesday in a widening police investigation into a suspected coup plot against the government.

The prosecutor wants the party closed and 71 leading figures, including Erdogan, banned from being members of a political party for five years.

EU governments are divided on how to respond to what some critics see as a creeping judicial coup, backed by the secular military, political and legal establishment.

European Enlargement Commissioner Olli Rehn has said that in a European democracy, such issues are settled at the ballot box and in parliament, not in the courts, and implied that Turkey might be in breach of EU democracy criteria.

French Foreign Minister Bernard Kouchner, long a "human rights campaigner", appeared to side with the military on Monday, telling visiting Brussels journalists that the generals had played a big role for democracy and secularism.

"The army has played a very important role in Turkey for democracy and the separation of mosque and state," Kouchner said, noting that the Constitutional Court had overturned a law allowing women to wear the Islamic headscarf in universities.

The Turkish military has intervened four times in the last 50 years to oust governments, most recently in a 'soft coup' involving political pressure in public and behind the scenes to oust an Islamist-leaning government in 1997.