AK Party closure to lead to legal and political chaos

If the AK Party is closed and PM Erdoğan is banned from belonging to a political party, the government will be dissolved, meaning all members of the 58th government will automatically resign. 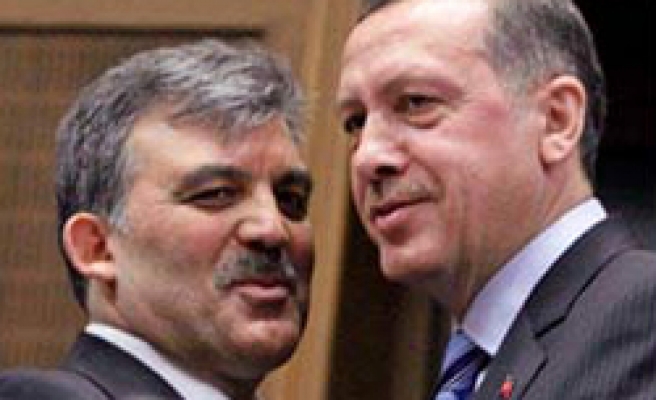 The Constitutional Court in Ankara started deliberations yesterday on a closure case filed against the Justice and Development Party (AK Party).

If the party is closed, Turkey will be dragged into an atmosphere of legal chaos because this would be the first time in the history of the Turkish Republic that a ruling party will have been overthrown by a court decision.

Additionally, there is no legislation concerning how to govern the country and maintain a functioning government in such a situation. The formation of a new government will most probably be done on the basis of tradition -- and that is sure to cause heated debate.

If the court does not close the party, contrary to the expectations of some politicians, the court will be unable to ban 70 AK Party members and the president from political activity, another outcome sought by the closure case indictment. Only if the party is closed will the political bans come into play.

What if the AK Party is not closed?

The court may take notice of a report prepared by rapporteur Osman Can, who recommended on July 16 that the court not close the AK Party on the grounds that the party's agenda and program were not anti-secular. If the top court does not close the party, Turkey will be free of the political instability and uncertainty it has suffered since March 14, the day on which a public prosecutor filed the closure case. Additionally, Parliament usually recesses for the summer on July 1, but has decided to postpone this summer's recess to Oct. 1.

What if the AK Party is closed?

If the Constitutional Court closes the AK Party, Turkey will enter a turbulent and controversial period. The AK Party plans to continue with its role in Parliament even though it will be officially closed because the party will not lose its majority in Parliament.

If the AK Party is closed and Prime Minister Recep Tayyip Erdoğan is banned from belonging to a political party, the government will be dissolved, meaning all members of the 58th government will automatically resign.

Another widely discussed issue is who is to take over the prime minister's position. According to the Constitution, appointing someone to take over the position of another in Parliament can be applied only after it is initiated by the prime minister and approved by the president. Thus, if Erdoğan is banned from politics, this system of finding a substitute for a parliamentary position will not be possible.

Another issue under discussion is that Erdoğan may hand over his position as prime minister to one of the deputy prime ministers. However, many legal experts are discussing to what extent a substitute appointed by a prime minister banned from politics can be approved. Against such chaos, experts argue that the already existing government can manage Parliament until a new government is formed. Yet five Cabinet members are also under threat of being banned from politics, which makes it more difficult for the AK Party government to stay in Parliament until a new government is formed.

Under such chaotic circumstances, all eyes will turn to President Abdullah Gül. It is probable that the president will appoint a Cabinet member to keep the government functioning; however, no legislation addressing this issue exists. Even if the president appoints a Cabinet member to form a government, he will need to choose another Parliament member, and this member has to receive a vote of confidence from Parliament to form a government.

However, it is not an easy task for the president to have a member of Parliament form a government. In 1998 President Süleyman Demirel appointed Yalım Erez, who had left the True Path Party (DYP), to form a government even though he knew that Erez could not get a vote of confidence. Despite the fact that the Constitution states that a president can appoint any member of Parliament, it is known that this person must be a political party leader to be able to get a vote of confidence from Parliament.

The Republican People's Party (CHP) is also expected to demand to form a government as the majority party after the AK Party because it will fight back if Gül appoints a member of Parliament from the AK Party, a party just closed by a court decision.

The closing of the AK Party would also lead to discussion of all activities of President Gül since he is also on the list of politicians the closure case seeks to ban from political activity.