About 94 percent of the nation feels that there has been no interference in their lifestyle during AK Party government. 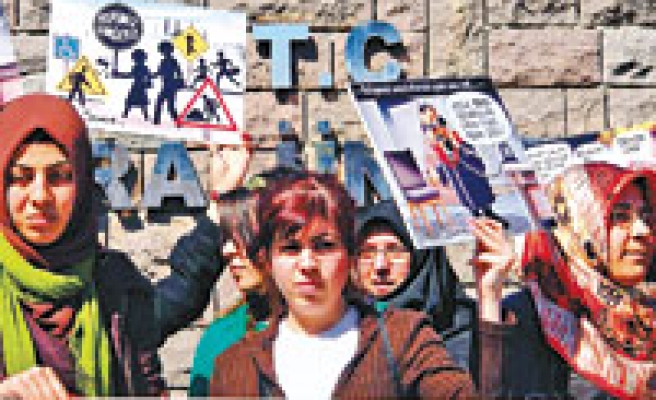 About 94 percent of the nation feels that there has been no interference in their lifestyle during the term in power of the Justice and Development Party (AK Party) government, a survey published on Saturday by the Genar research company shows, Turkish Daily Today's Zaman reported on Monday.

The survey also found that if there was a general election today, 51.5 percent of the electorate would support the AK Party

A total of 48.8 percent of respondents said they would vote for the AK Party if there was a general election today, while 21.3 percent said they would vote for the Republican People's Party (CHP). The MHP would receive 13.7 percent of the vote, the Democratic Society Party (DTP) 4.9 percent and the Democrat Party would get 2.8 percent of the vote. The researchers estimate that if elections were to be held now, with the percentages of the "undecided" and those who replied "I will not vote" spread across the overall population, the AK Party would get 51.5 percent at the vote, followed by the CHP with 23.5 percent, by the MHP with 11.4 percent and the DTP with 4.9 percent.

When asked which current issue they believed was most important today, 39.7 percent of respondents said "the closure case against the AK Party," 25.6 percent said the recent military ground operation against the Kurdistan Workers' Party (PKK) in northern Iraq and 24.9 percent said recent discussions on whether headscarves should be allowed on university campuses, while 5.6 percent cited recent police operations being conducted against ideological crime gangs inside the state as most important.

Upon a question on whether they believed President Abdullah Gül was a successful president, 59.4 percent said yes while 40.6 percent said no. If a presidential election were held today, 56.3 percent would vote for Gül while 43.7 percent said they would not.

On whether they believed the headscarf ban at universities could be justified, 68.5 percent said "no," while only 15.7 percent said they supported the ban.

Thirty-four percent said they supported the case calling for closure of the AK Party while 66 percent said they did not. The highest percentage of supporters of the closure case was among those who had voted for the Republican People's Party (CHP).

In response to what they believed was the main reason for the closure case, 25.3 percent said the motive to ban the AK Party from politics, 24 percent replied "protecting secularism," 18.9 percent said eliminating Prime Minister Recep Tayyip Erdoğan from politics, 16.2 percent said changing the government through means other than elections and 12.5 percent said protecting the gains of the republic. A total of 57.2 percent said they did not believe there were any "invisible actors" behind the closure case, while 42.8 percent said there were. Those who maintained that the prosecutor who filed the case against the AK Party was supported by outside forces said the CHP, foreign powers, the US and elements of the deep state could be behind the court case.

Of those surveyed, 56.8 percent said they did not believe the AK Party has turned into a "focal point of anti-secular activity," the accusation put forward by the prosecutor, while 43.2 said it had. CHP, DP and MHP voters for the most part believe that the AK Party is working to undermine secularism. On a question on who was most influential in ending a ground operation by the Turkish Armed Forces (TSK) conducted nearly two months ago in the north of Iraq against the terrorist PKK, which uses this area as a launch pad for attacks against Turkey, 53.3 percent replied the US while 36.3 percent said the decision to pull the troops out was made by the TSK.

A total of 56.5 percent of respondents said the AK Party government has been a "successful" one so far. It performs best on financial aid to society, while it is found to be most unsuccessful in running the economy. A full 43.1 percent said they did not believe the AK Party was successful. Another 21.8 percent said they believed the CHP, as the main opposition, was performing well while 77.6 percent said it has not been successful. Of the respondents, 28.9 percent characterized the MHP's performance as the second biggest opposition party as "good" while 69.7 said it was "not good."