The head of Turkey's High Election Board said on Friday if elections could be held in 2008, from a technical viewpoint. 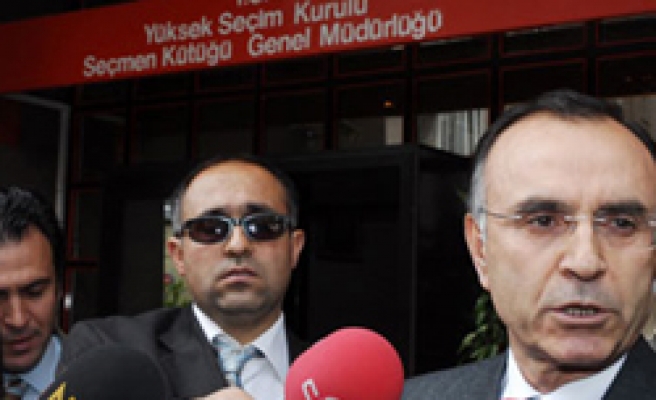 But AK Party tried on Friday to quash growing media speculation about a possible early parliamentary election as it faces being closed.

Constitutional Court judges will begin discussing on Monday whether to shut the party.

If the court closes the party and bans its leading members, commentators say the most likely scenario would be for an early parliamentary election, possibly as early as November.

"If this scenario happens, the AK Party appears to be determined to take Turkey to a general election," Ismet Berkan, editor of the liberal Radikal daily, said in an editorial.

Erdogan's AK Party, which first came to power in 2002, won a sweeping victory in a parliamentary election last July. The next election is scheduled for 2011.

Amid the growing election speculation, reporters asked the head of Turkey's High Election Board (YSK)on Friday if elections could be held in 2008, from a technical viewpoint.

"Our preparations for elections are complete ... We have the ballot papers for parliamentary elections," board Chairman Muammer Aydin said. Local elections are scheduled for March 2009.

The speculation has also grown after an AK Party deputy proposed to parliament a legal amendment that would scrap a two-year minimum for lawmakers to receive pensions -- a major concern for them if the party is forced to call early elections.

His comments drew a fast response from government ministers.

"The chairman was speaking about a theoretical possibility. There is no election on Turkey's agenda," Deputy Prime Minister Cemil Cicek told reporters in comments reported by state-run Anatolian news agency.

Political analysts and senior AK Party sources have long believed the court case would end in closure and have viewed the court case as politically driven. But they have recently become more cautious and now say it might not be closed.

Market sentiment has also rebounded after a court rapporteur said the party should not be banned. However his recommendations are non-binding and they have been disregarded by the court's 11 judges in past rulings.

A rapporteur is employed by the court to compile the arguments for and against a case and make a legal recommendation.

Shares fell 2 percent and the lira was slightly weaker on Friday.

The court has not fixed any timescale for the verdict but analysts expect a ruling in early August.

The political climate has been further unsettled by a case involving what a prosecutor says is a shadowy, ultra-nationalist group that sought to overthrow the government by force. A court will decide by Monday whether to pursue the case.

The country has long been divided along ideological and religious lines, stemming back to the foundation of modern Turkey on the ashes of the Ottoman Empire in 1923.