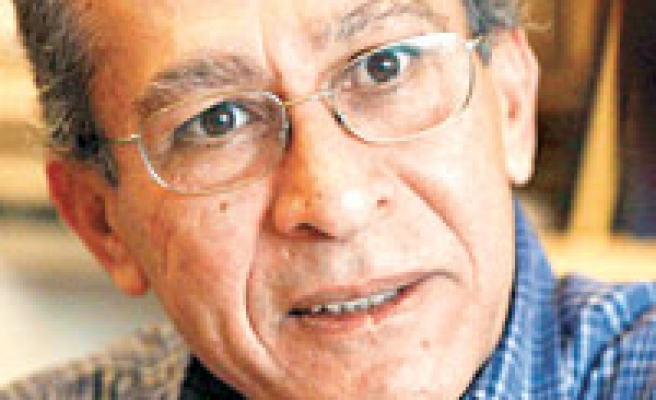 The Justice and Development Party (AK Party) has promised a truly civilian constitution in its election manifesto, which was announced on Monday.

Zafer Uskul, a constitutional professor and a former member of the Republican People's Party (CHP) who recently moved to the AK Party, explains that this will be a constitution that emphasizes human dignity. "The fundamental rights and freedoms will be along the European Union's constitutional standards," Üskül told Today's Zaman in a phone conversation. Üskül, who was invited to run as an AK Party candidate in the elections by Prime Minister Recep Tayyip Erdoğan, who also assigned him the difficult task of drafting a constitution, stresses that the new constitution is going to be one of "consensus," and therefore that the support of opposition parties is important.

The AK Party hopes to reach a final draft prepared by all sections of society after discussions on the first draft with opposition parties and civil society.

The AK Party would like to introduce a constitution loyal to the fundamental characteristics of Turkey as a secular and democratic state of law and organized along the principle of the parliamentary system, but the role and functions of all state institutions -- such as the Constitutional Court, which has been proven to have tremendous power to clog the system as seen in a recent crisis where Turkey failed to elect a president because of a ruling it made -- will be clarified in a way to end the power that bureaucratic institutions have over elected governments.

Üskül and the AK Party believe the language of the constitutional articles on presidential elections was slightly to blame for the recent presidential crisis. “All articles of a new constitution will be written out very clearly,” Üskül says regarding his party’s plans. A most painful topic for Turkey, the relationship between the military and politics will have to be redefined based on standards universally accepted in the European Union.

The current constitution, prepared in 1982 by the leaders of the Sept. 12 coup who came to power in 1980, clearly states that the military has a duty to protect the state from “inner threats,” a legal excuse used by generals to intervene in the political life of the country from speeches with political messages to outright coups d’état.

With a new constitution, the National Security Council (MGK) might be an institution buried in the past, or one that can act in a fairly restricted policy area. Currently, Turkey’s security policies are recommended to the government by the MGK, something that needs to be changed to ensure a truly civilian constitution. “Because national security is the business of civilians, it is a problem of the government. If the government wants, it can issue regulations that don’t include the soldiers, but the government always has to consult with institutions other than the military. Many topics, from energy to education, are subject of national security,” Üskül stated.

“We seek an environment that will ensure not only the independence but also the objectivity of the judiciary,” Üskül elaborated on his party’s plans for a new constitution and judicial reform.

“The AK Party is determined,” Üskül, who believes that it will sooner or later obtain consensus with other political parties, said adding, “After 25 years, we will have given the people of this country a constitution they deserve.”

Recently, the Turkish Industrialists and Businessmen’s Association (TÜSİAD) called for annulling Turkey’s 1982 Constitution, which was drafted under the military leadership of the time. TÜSİAD called for a newer version of the document on the basis of social consensus, based on a report written by Zafer Üskül.

Üskül’s report also recommended legislative action to eliminate the threshold that political parties are required to meet to enter Parliament.