Turkey's ruling party has formally submitted a package of major reforms to parliament, including a proposal to elect the president by a popular vote. 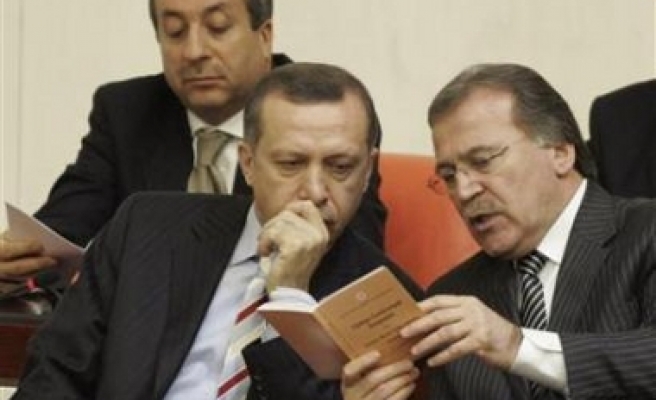 Turkey's ruling party has formally submitted a package of major reforms to parliament, including a proposal to elect the president by a popular vote.

Officials from the Justice and Development Party (AKP) said Friday that the raft of reforms was backed by a small opposition party, the Motherland Party, which has long advocated the popular vote.

The reform draft was submitted late Thursday and followed a crisis sparked by parliament's failure a week ago to elect a president.

AKP officials say they would like to rush the reform package through parliament, so that the first-round of a popular presidential vote could be held simultaneously with the legislative elections.

Together, the AKP and the Motherland Party have enough votes to garner the two-thirds parliamentary majority needed to amend the constitution.

The key provision on choosing the president reflects the party's confidence in getting its candidate elected through a popular vote, without the interference of parliament.

The Constitutional Court on Tuesday annuled the first-round vote, in which Gul narrowly missed being elected.

The ruling said the 550-seat parliament began voting without the required quorum of a two-thirds majority, or 367.

Opposition parties had boycotted the vote, leaving the AKP alone in the assembly.

The AKP was virtually certain to elect Gul in the later stages of the vote, when a simple majority would suffice.

Parliament will hold a re-run of the first round on Sunday, but Gul is unlikely to garner the required support. Last Mod: 04 Mayıs 2007, 14:05
Add Comment