The package will introduce amendments to the law on political parties, the elections and electoral registries law, the property declaration law and the bribery and anti-corruption law. 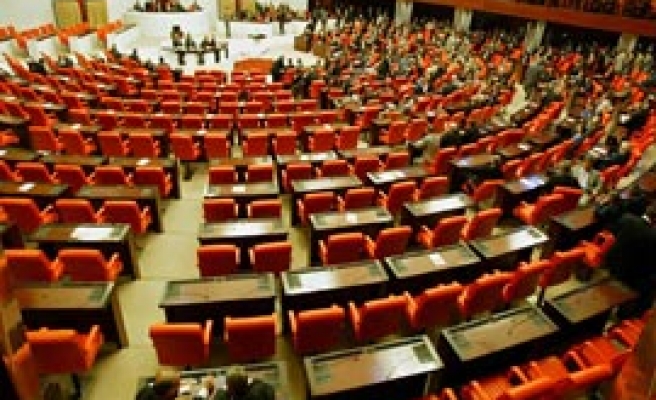 The ruling Justice and Development Party (AK Party) is preparing to send a reassuring message to the EU with a new democratization package to assuage the bloc's concerns about a slowdown in Turkey's reform process.

Constitutional amendments that will make political party closures more difficult have been bundled into a democratization package that is expected to introduce a number of significant reforms.

The package will include the establishment of a political ethics commission. Laws concerning political campaign financing and the duties and authorities of deputies will be revamped. The package will introduce amendments to the law on political parties, the elections and electoral registries law, the property declaration law and the bribery and anti-corruption law. Legal reforms concerning women and children that were originally planned for inclusion in a new constitution will be put into this package as constitutional amendments.

The package introduces the concept of an ombudsman -- a public authority that has right to inspect the activities of state agencies on the criteria of human rights and ethics -- into Turkish law and improves the law on the Supreme Court of Accounts to oblige politicians to declare the assets and property they own. It also changes provisions in the Constitution and some other laws that previously led to a law returning assets to minorities being canceled by the Constitutional Court.

The main opposition Republican People's Party (CHP) and the Democratic Left Party (DSP) oppose any amendment to two articles of the Constitution that would make it more difficult to shut down political parties, and the Nationalist Movement Party (MHP) has stipulated certain conditions for its support of this.

Opposition parties have already voiced their objections to many of the reforms that will be included in the package. Therefore, the AK Party has decided to make the amendments part of the 10th EU harmonization package. While it will seek the backing of other political parties, the AK Party also understands that it might not be able to find this support, in which case, the package would be referred to public vote.

The 10th harmonization package introduces a number of changes, starting with amendments to two articles of the Constitution that will make shutting down political parties considerably more difficult. The principles set forth by the Venice commission of the European Council will be taken as the basis for party closures. As in many European countries, only those political parties that adopt violence or terrorism will be closed down. Prosecutors will no longer have the right to demand one-year bans from politics for members of parties that have been shut down.

The package also seeks to establish a parliamentary commission on "political ethics" that will work in secrecy and monitor whether any politician has broken the law through involvement in public procurement tenders or contracts. The package will introduce restrictions on politicians' ability to own companies.

The package also introduces changes that will make the financing of political campaigns more transparent through amendments to laws that regulate the election process. If the package is passed, during elections political parties and deputy and mayoral candidates will have to open bank accounts that will specifically be used to keep track of money transfers. Candidates will not be allowed to spend more than YKr 50 per registered voter in their constituency.

The package also contains provisions for establishing an "Office of Turkish Deputies," an idea first proposed by former Prime Minister Tansu Çiller. Four hundred and fifty seats in Parliament will be elected among political parties, while the remaining 100 seats will be reserved for candidates from political parties whose party cannot meet Turkey's 10 percent election barrier.

The package seeks to promote intra-party democracy. It changes the political parties' law to make it compulsory to hold preliminary elections for electing candidates for political party deputies. This will prevent party leaders from appointing close friends as candidates.

In addition to the above changes, if the package is adopted, deputies will be required to provide Parliament with a declaration of assets within one month of their election. This law will be applicable not only to deputies and ministers, but also to those officials who are elected to public office. Deputies and ministers will have to submit a property declaration to Parliament every five years. When necessary, these declarations may be disclosed to the public. These declarations will be audited by the Supreme Court of Accounts.

The package places great emphasis on ensuring gender equality. Some of the provisions of the new Constitution drafted by a commission of academics led by Professor Ergün Özbudun that relate to gender equality will be included in the 10th harmonization package. "The state shall take necessary measures including legal and administrative arrangements to make sure that men and women are equal in every field," will be added to the Constitution.

There are also expanded rights for children in the package. Provisions in the package will ensure that children have the right to express their opinions freely.

Revisions to Article 301 of the Turkish Penal Code (TCK) as well as revised provisions to the Foundations Law and the law on direct foreign investment will be included in the package.