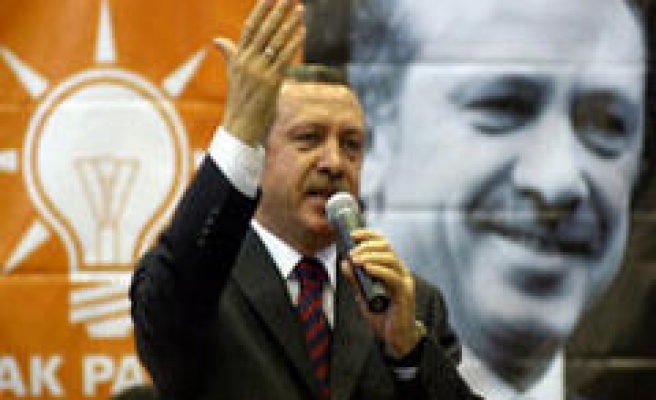 However the survey conducted by the KONDA research agency for Raymond James Brokerage, also indicated the AKP total number of seats in parliament would fall to 307 from 352, still handing it a strong majority to form a government in the 550 seat house.

It also showed that some 40 candidates running as independents - and thus exempt from the 10 percent national threshold rule - stand a good chance of being elected. Many of these are ethnic Kurdish candidates, including several former members of the Democratic Soiceity Party (DTP) which has been banned by authorities who accused it of ties with PKK.

In a separate poll conducted by the Turkish magazine Ekonomist magazine amongst 375 top members of the business world, the AKP scored a preference of 32,6 percent, which again if translated in amount of votes in the election, would allow Erdogan's party to form a government alone.

Among those polled by Ekonomist, around one quarter (25,4) percent wanted to see an all-AKP government, which they favoured for its perceived market friendly policies. Only 11.3 percent wanted to see a government led by the centre-left CHP, which has an anti-privatisation stance and is sceptical of the benefits the country may reap from joining the European Union. Last Mod: 18 Haziran 2007, 14:34
Add Comment