A defense statement recently submitted to Turkey's highest court by the ruling AK Party argues that the prosecutor who filed the charges has not done his job in good faith, but rather acted on political motivation. 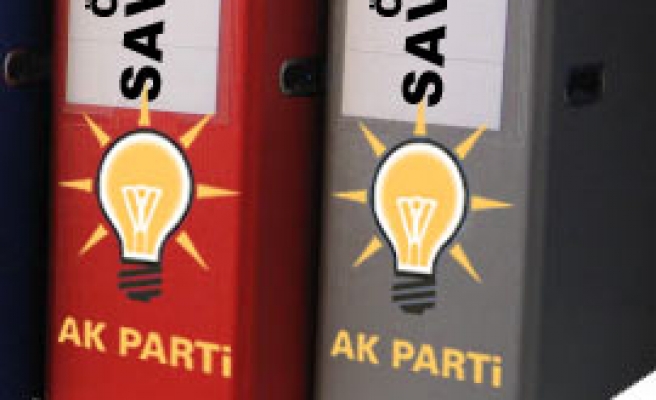 A defense statement recently submitted to Turkey's highest court by the ruling Justice and Development Party (AK Party) to counter accusations of anti-secularism argues that the prosecutor who filed the charges has not done his job in good faith, but rather acted on political motivation.

Yesterday the Constitutional Court sent the defense statement from the AK Party, which faces closure over alleged anti-secularist activities, to Supreme Court of Appeals Chief Prosecutor Abdurrahman Yalçınkaya, who filed the initial charges. The AK Party had submitted its preliminary defense on Wednesday.

The main argument of the defense statement is that the indictment is political, rather than being based on legal concerns. The statement emphasized that the AK Party has not violated the principles of secularism in its party program or in any of its activities in the five years it has been in power. It also accuses the prosecutor of lacking good faith in his indictment, as the charges try to incriminate the AK Party with statements made by people who are not part of the party. "Somebody who stated that those who want to uphold a headscarf ban in universities despite a constitutional change removing the ban should be prosecuted is mentioned in the indictment. It is a legal fault that the identity of this person is not mentioned in the indictment. This is just one example of the prosecutor not acting in good faith," the defense statement says.

The defense statement also cites examples of former politicians and even army members visiting Turkish schools abroad belonging to a religious community in Turkey. The indictment claims that President Abdullah Gül's visits to such schools constitute a crime.

The statement argues that visits to the Turkish schools in question, built through the efforts of an international community established by Islamic scholar Fethullah Gülen, were common among former presidents and politicians and that even a four-star general once visited some of these schools. The defense quoted former Air Forces commander Gen. Halis Burhan as saying that he visited Turkish schools in foreign countries in 1995. "These are schools that carry out educational activities through completely modern means. … These special schools, which raise people to have the knowledge society needs in the 21st century, are making a contribution to the Turkic world that is beyond appreciation," Burhan had said, according to the defense.

For the next step in the trial, Yalçınkaya will review the statement and issue his opinion based on the content of the file. This opinion will be sent to the AK Party, which will then present a defense based on the content of the lawsuit. The preliminary defense primarily concentrated on technical issues in the indictment. At a later date to be fixed by the court, Yalçınkaya and the AK Party will testify before the court.

Once this process is complete, a rapporteur will prepare a report for members of the court on the content of the indictment. Once the report is distributed to all of the judges of the court, Constitutional Court President Haşim Kılıç will decide on a day for members to discuss the case. The votes of at least seven of the 11 judges on the panel of the court will be necessary for the closure of the AK Party.

The indictment also seeks political bans for 70 AK Party members and President Abdullah Gül, a former member. The AK Party was re-elected to power by a resounding 47 percent margin on July 22, 2007.