A videotape has obtained by Al Jazeera showing Mustafa Abu al-Yazid presenting himself as the leader of al-Qaeda in Afghanistan. 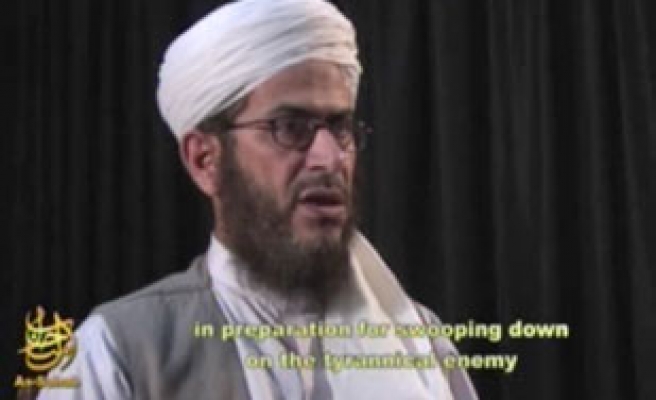 A videotape has obtained by Al Jazeera showing Mustafa Abu al-Yazid presenting himself as the leader of al-Qaeda in Afghanistan.

In the tape, sections of which were aired on Thursday, al-Yazid said that al-Qaeda fighters would soon carry out attacks, and that al-Qaeda's Arab fighters were working "side by side" with its non-Arabs fighters.

He said: "The number of fighters is increasing. The support they receive from Muslims in Afghanistan is almost total."

Abu al-Yazid said that al-Qaeda fighters trained during winter to carry out massive attacks in the current season.

He said that attacks against "the Americans, Nato and the treasonous government" were increasing and promised "defeat, expulsion and failure for the enemy crusaders and their apostate helpers".

He said: "God bless our two emirs, Sheikh Osama [bin Laden] and Sheikh Ayman [al-Zawahiri] ... May both sheikhs, Osama and Ayman, remain a thorn in the side of [George] Bush."

Abu al-Yazid said that Abdel Hadi al-Iraqi, an al-Qaeda operative who had been sent to lead al-Qaeda in Iraq, was arrested in Turkey and that Ankara handed him over to the US.

He denied, however, that the arrests and deaths of al-Qaeda fighters were having any adverse impact on the group.

Abu al-Yazid accused Turkey of trying to please Washington to gain its backing for Ankara's drive to join the European Union.

Al-Iraqi was "eager to fight the Americans in his homeland", Abu al-Yazid said without giving the exact dates of the arrest or the extradition of the al-Qaeda operative.

US officials said in April that al-Iraqi was an al-Qaeda chief who oversaw assassination plots against Pervez Musharraf, the Pakistani president, and commanded al-Qaeda operations against US forces in Afghanistan.

They said then that after months in CIA custody, al-Iraqi had been transferred to the US military prison for "terrorism suspects" at Guantanamo Bay in southeastern Cuba, but they did not refer to custody in Turkey.

A Pentagon spokesman said al-Iraqi intended to "manage al-Qaeda affairs" in Iraq when he was detained.

A CIA spokesman called him a "veteran jihadist".