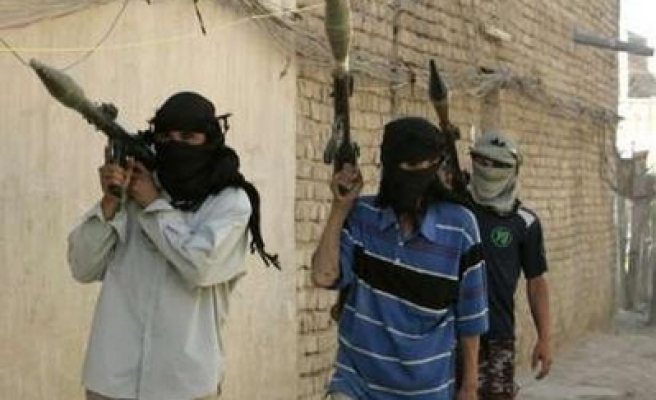 "Sadr has told us not to surrender our arms except to a state that can throw out the (US) occupation," Haider Al Jabari of the Sadr movement's political bureau said in the holy city of Najaf, home to the cleric's main office.

On Wednesday, Maliki gave a 72-hour deadline to Shia fighters, mostly Mahdi Army members loyal to the cleric, to disarm in the southern city of Basra after launching a crackdown against them a day earlier.

The deadline for surrendering heavy and medium weaponry in return for money expired on Friday. After the army put up stiff resistance, Maliki extended it until April 8.

The crackdown on areas controlled by Sadr's army has severely strained a freeze of Mahdi Army activities the cleric ordered last August.

Since Tuesday, violence has raged across Shia regions of Iraq, with nearly 260 people killed as Shia fighters clashed with troops.

Most of the casualties were in Sadr City, Basra, the southern city of Nasiriyah and the central cities of Kut and Hilla.

Yesterday, the clashes spread to other parts of the country.

The death toll from similar clashes between Shia gunmen and Iraqi and US troops in Baghdad's sprawling Sadr City, stronghold of the Mahdi Army, rose to at least 75, with another 498 people reported wounded.

"Seventy-five people have been killed and 498 wounded in clashes in Sadr City in the last four days," Qassim Mohammed, a spokesman for Baghdad health directorate, told reporters in Sadr City.

He accused American forces of creating obstacles in transporting victims of the violence to safety.

Sadr City has been wracked by fierce clashes between security forces and the militiamen since the crackdown began in Basra.

Ahmed, a resident of the slum neighbourhood of some two million people, said the situation was deteriorating.

"The hospitals are overflowing with wounded. They can't take any more. Even the medical stores are closed," he said.

"There is no electricity, no water or fuel. We are afraid of gunbattles. The main markets are also closed."

A top Sadr aide in eastern Baghdad, Salman Al Afraiji, said several Iraqi soldiers had come to the cleric's Sadr City office and offered to lay down their own weapons.

"We told them they should keep their arms. We gave them a Quran and they went back," he said.

There were two more strikes later in the day, British Major Tom Holloway said, adding that at least 50 people had been killed in Basra and another 300 wounded since the fighting started.

Clashes also continued on the ground in Basra.

"Last night we continued our operations in all areas of Basra," an Iraqi army officer said on condition of anonymity, adding that the crackdown will continue until "we have arrested all criminals."

The city is the focus of a turf war between the Mahdi Army and two rival Shia factions — the powerful Supreme Iraqi Islamic Council (SIIC) of Abdel Aziz Al Hakim and the smaller Fadhila party.

In Baghdad most main roads were deserted yesterday as the capital remained under curfew for the second day.

The Green Zone, seat of the government and the US embassy, again came under mortar bomb or rocket attack, but no information was available on casualties or damage.