Albanian government condemned the mistreatment of two Albanian immigrants by police in Athens, urging Greece to punish those involved. 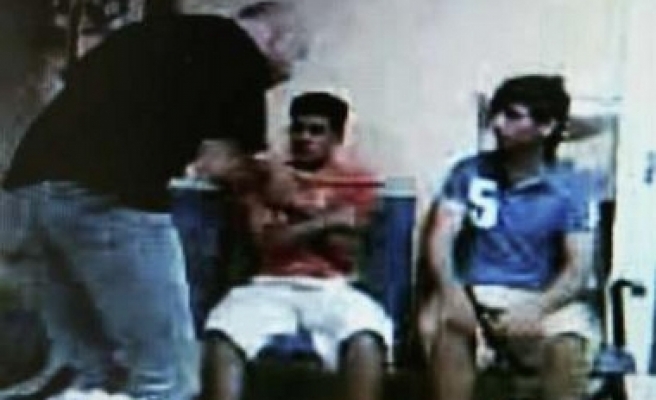 Albanian government condemned the mistreatment of two Albanian immigrants by police in Athens, urging Greece to punish those involved.

A one-year-old video, which was first posted onto the Internet and then screened on TV across Greece this weekend, showed a policeman beating two Albanian detainees and ordering them to slap each other repeatedly.

"(Albania) considers it as a racial, degrading and unacceptable act that runs counter to all norms of the Greek legislation and international law," Albanian Foreign Ministry said in a statement.

The ministry expresses its "deep indignation and fiercely condemns the shocking inhuman treatment of two Albanians by police in Athens."

Three police officers and their captain have been suspended from work, and Greek side said it would bring exemplary punishment against those responsible, it was reported.

Albania said it appreciates the rapid reaction by the Greek government, hoping it would recognize the contributions that Albanian emigrants have made to Greece. It was estimated that Greece hosts 300,000 Albanians living and working there.

In this march, a video showed Greek troops in training sing a song with derogatory contents about Albania. It aroused uproars across Albanian media and drew condemnations from both the Greek and Albanian sides. Last Mod: 19 Haziran 2007, 15:25
Add Comment