There was also no immediate claim of responsibility. 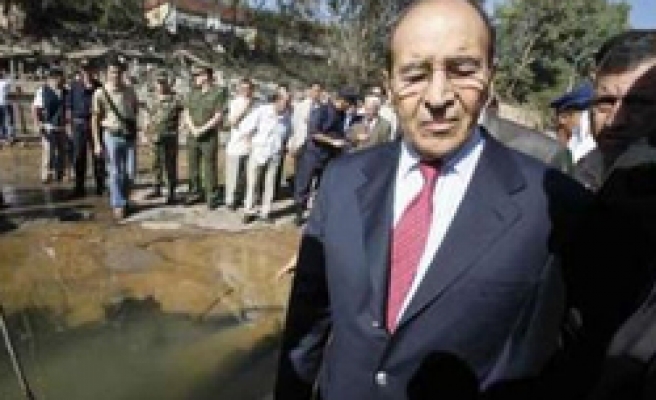 A car bomb exploded near a police station in a town east of Algiers on Sunday, wounding 25 people including four policemen, the government of the OPEC member country said.

The blast happened at about 5 a.m. (0400 GMT) in the centre of Tizi Ouzou, the main town in the mountainous Berber-speaking Kabylie region of northern Algeria, Interior Minister Noureddine Yazid Zerhouni was reported as saying by the official APS news agency.

The explosion dug a crater in the road beside the police station, destroyed a dozen cars, ripped the facade off a small block of apartments, gouged chunks of masonry from the walls of other nearby buildings and shattered windows in the town centre.

Some residents said they believed the blast was caused by a suicide bomber. There was no immediate confirmation of that.

There was also no immediate claim of responsibility.

Zerhouni and national police chief Ali Tounsi inspected the blast site and visited the wounded in hospital as residents swept broken glass and splintered furniture from their homes.

Zerhouni said local authorities had been told to temporarily rehouse 15 families whose apartments had been damaged.