There are doubts over whether the leaders of some countries, including Algeria and Libya, will attend, which would weaken the credibility of the union and of Sarkozy himself. 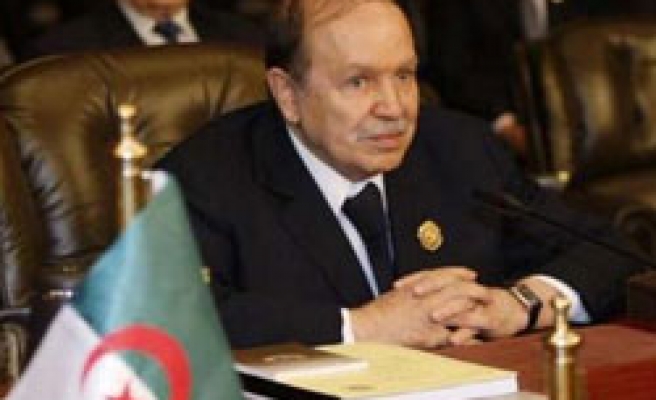 French President Nicolas Sarkozy made a priority of setting up a union of states that line the Mediterranean Sea after he was elected last year, and he has invited those countries' leaders to Paris on July 13 for the project's launch.

But there are doubts over whether the leaders of some countries, including Algeria and Libya, will attend, which would weaken the credibility of the union and of Sarkozy himself.

"President Bouteflika has always been in the habit of being there when Algeria must be represented at the highest level," Algerian Prime Minister Abdelaziz Belkhadem told French newspaper Le Monde.

Asked if he was denying rumours that Bouteflika would not attend the summit, however, Belkhadem said: "I am not ruling out that President Bouteflika will come to Paris for the summit."

Algeria, which won its independence from France in 1962, has repeatedly criticised Sarkozy's project, and Belkhadem highlighted the fact it has been watered down from the original version put forward by Sarkozy last year.

Since then, France has been forced to accept that all European Union states can join the club, which was originally meant to include only states with a Mediterranean coastline, as well as limit the project's scope.

"The (project) that was outlined to us in 2007 by President Sarkozy is no longer the one that is being presented to us today," Belkhadem said.

"Today, it is a Union for the Mediterranean, not a Mediterranean Union, and its content remains vague," he added, referring to a name change that France made in the face of resistance from its EU partners.

Belkhadem also expressed reservations about the fact the project would not be an EU-type institution but would rather be integrated into the moribund so-called Barcelona process for EU-Mediterranean dialogue.

"France limits itself to highlighting the improvement in material conditions for awarding visas, without proposing tangible measures to end the discriminatory restrictions and discriminations that people of Algerian origin are subjected to," Belkhadem said.

"I would add, finally, that Algeria is favourable to a union of projects ... but these projects must not be a cover for a creeping normalisation of relations with Israel," he added.