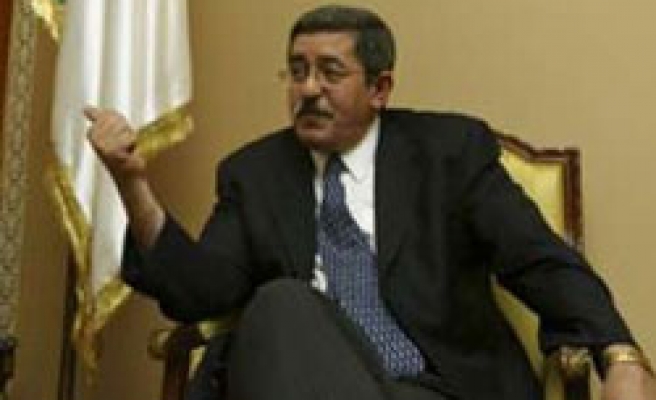 In a meeting with the visiting Iranian Minister of Housing and Urban Development Mohammad Saeedi-Kia, he added that civilian nuclear energy is the legitimate right of the Iranian nation.

Underlining the need to further expand economic cooperation between the two countries, he said that an Iranian bank is to be inaugurated in Algiers in the near future.

Irna, Iran's new agency, told that the Algerian premier also underscored the need for materialization of the agreements reached between the two sides.

During his three-day stay, he held talks with several Algerian senior officials on issues of mutual interest.

Iran's Minister of Housing and Urban Development Mohammad Saeedi-Kia on Monday called for expanding cooperation between Tehran and Algiers.

Iran denies Western charges that it is secretly trying to develop nuclear weapons under the cover of a civilian atomic programme. Tehran says it only wants to master nuclear technology to generate electricity.