Algerian Salafist Muslims calls on rebels to lay down arms

There was no immediate claim of responsibility for the bombings on Wednesday at Bouira, 150 km (90 miles) east of Algiers. 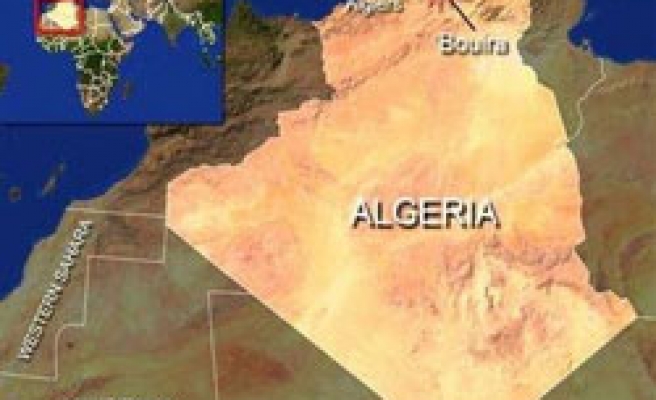 A double car bombing in Algeria killed at least 11 people on Wednesday a day after an attack that killed 43 people at a military academy, the Algerian press agency APS said quoting the Interior Ministry.

There was no immediate claim of responsibility for the bombings on Wednesday at Bouira, 150 km (90 miles) east of Algiers.

The news agency said 31 people including four military personnel were wounded. All the dead were civilians.

The first bomb hit a military area while the second targeted a hotel, exploding just as a passenger bus drove past, APS said.

Tuesday's bombing was one of the bloodiest incidents in years in the OPEC member state. The target was the gendarmerie training school at Issers, 55 km (34 miles) east of the capital.

A total of 57 people were killed in bombings within three days in September last week.

Algerian Salafist Muslims calls on rebels to lay down arms

The founder of Algeria's largest Islamist rebel group called on rebels to lay down their arms on Tuesday after a bomb killed dozens of people at a military academy.

The bloodshed has eased in recent years but a hard core of several hundred rebels fight on as part of al Qaeda's affiliate, previously known as the Salafist Group for Preaching and Combat.

Hassan Hattab, founder of the Salafist Group for Preaching and Combat (GSPC), surrendered to the authorities last year in response to a government amnesty aimed at drawing a line under years of civil conflict that left around 150,000 people dead.

"I advise you to reconsider and refrain from what you are doing and return to the arms of your society and your families," Hattab was quoted as saying in an appeal to the rebels.

"I advise you ... not to hesitate in laying down your weapons," he said in comments published by the Algerian newspaper Ennahar, which specialises in security matters.

Hattab had already criticised the GSPC in March 2006, calling on its members to accept the amnesty, more than a year before his formal surrender was announced.

"We have reviewed our course of action sincerely and concluded that it is a dead end with no exit and that it was a Sharia duty to stop fighting," the paper cited Hattab as saying in its Web edition.

The GSPC was founded in 1998 when Hattab broke away from the Armed Islamic Group (GIA) in protest at its many massacres of civilians.


Turkey on Wednesday strongly condemned the abhorrent terrorist attack in Algeria which took place on August 19th and claimed more than 40 lives and left many others wounded.