All judges jailed by Musharraf freed

Pakistan's state-run news agency is quoting a senior Islamabad administrator as saying that all judges detained under the government of President Pervez Musharraf are free. 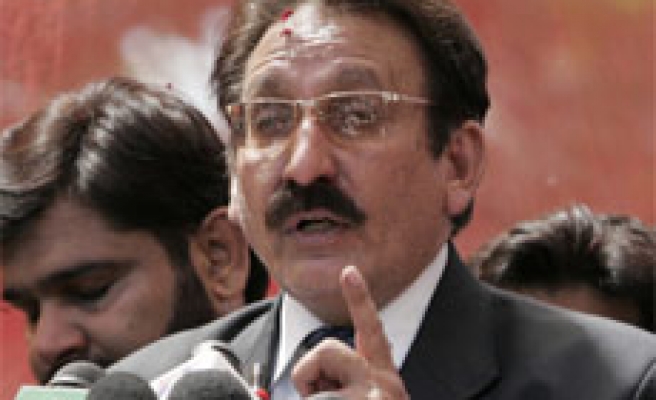 Iftikhar Muhammad Chaudhry waved from the balcony of his house in the capital Islamabad, where he has been kept under house arrest since Musharraf sacked him under a state of emergency on November 3.

A beaming Chaudhry, accompanied by his wife and children, waved to chanting supporters who chanted slogans in support of the judiciary and waved flags.