The American Medical Association said on it will ask state and federal authorities to investigate retail health clinics such as those offered in CVS/Caremark stores, Wal-Mart Stores and Walgreen Co. for possible conflicts of interest. 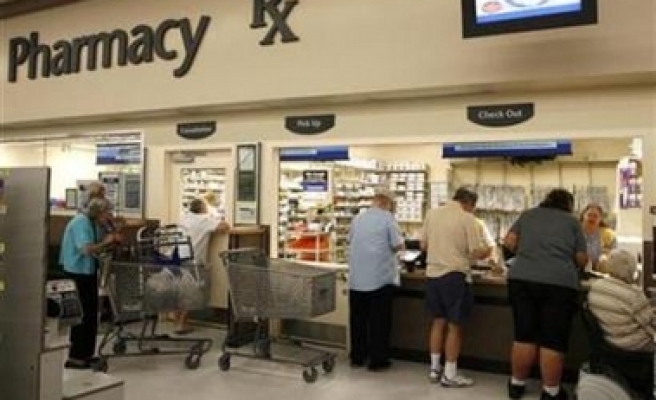 The American Medical Association said on it will ask state and federal authorities to investigate retail health clinics such as those offered in CVS/Caremark stores, Wal-Mart Stores and Walgreen Co. for possible conflicts of interest.

The nation's biggest physician group objects to the growing trend of drug-store chains that can write and fill prescriptions. 'We asked for that clear, inherent conflict of interest to be investigated,' said AMA board member Dr. Peter Carmel at a news briefing.

The AMA said the push was driven by retailers' statements that the clinics help drive store traffic.

'That is clearly an attempt to steer the patient to a store-based clinic,' he said.

Doctors said the clinics do not offer comprehensive care and they disrupt the standard physician-patient relationship.

In 2006, there were more than 200 store-based health clinics nationwide, according to the AMA, and another 1,000 such health clinics are projected by the end of 2007.

The influential physician's group said it will support legislation governing 'the corporate practice of medicine.'

The AMA's 555 delegates voted to adopt the position at its annual meeting in Chicago.

'We are certainly concerned about the action of the AMA,' said Dr. Rebecca Hafner, medical director for strategic alliances at retail clinic operator MinuteClinic, which was acquired by CVS last year.

'We think the net result will be that this will make it more difficult for MinuteClinic and other retail-based clinics to open new clinics,' she said.

'That will decrease patient access to patient care at a time when many parts of the United States are experiencing a shortage of primary care physicians,' she said.

Hafner said the clinics are staffed by board-certified registered nurses and physician's assistants. And while they do write prescriptions, she said they are trained to tell patients that they are free to fill prescriptions wherever they like.

'As this agenda is pushed, they may find out that legislators and their constituents have been demanding access to affordable and high-quality health care for years,' Polzin said. 'That is exactly what retail clinics are delivering as a supplement to the primary care physicians.'

The pharmacy chain, which last month acquired clinic operator Take Care Health System, currently has six health clinics in six states and plans to open more than 400 by the end of 2008.

Wal-Mart spokeswoman Deisha Galberth, in a statement e-mailed to Reuters, said the chain's 78 in-store clinics offer affordable care and extended hours of service, and it remains committed to opening as many as 400 more in-store clinics over the next two years.

Osborn, who proposed the measure, worries about the profit motive behind these ventures.

'I think the basic mission is different. These are very smart people going into this business and I don't think they are doing it for charity,' he said. Last Mod: 26 Haziran 2007, 18:29
Add Comment