Israeli human rights organization B'Tselem showed that Fadel Shana had been killed by a flechette shell fired from a tank. 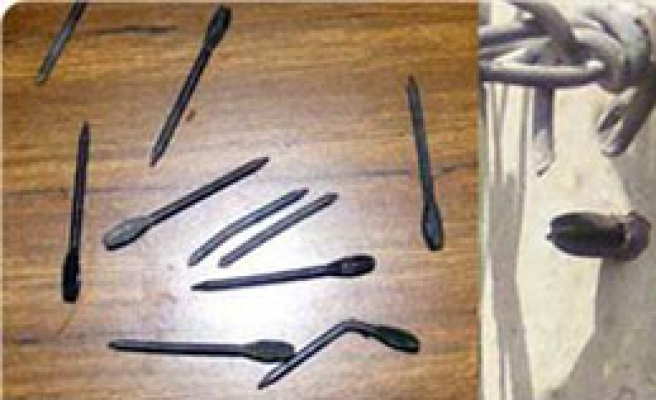 Amnesty International has called on the Israeli government to immediately order a full and independent investigation into the killings of Palestinian civilians by Israeli forces in the Gaza Strip.

Those killed included Reuters cameraman Fadel Shana, who was struck by fire from an Israeli tank. He had travelled to the scene in a car clearly marked "TV-Press". He was killed as he started to film the tank.

"Yesterday's strikes, which the Israeli army launched after the killing of three soldiers in combat, appear to have been carried out with disregard for civilian life," said Amnesty International in a press release on Thursday. "There seems to be a culture of impunity within the Israeli forces which is contributing to routine use of reckless and disproportionate force."

Fadel Shana's autopsy report and an investigation on the site of Fadel Shana's death carried out by the Israeli human rights organization B'Tselem showed that Fadel Shana had been killed by a flechette shell fired from a tank.

In 2003, the Israeli Supreme Court rejected a petition calling for a ban on their use in the Gaza Strip. "Amnesty International believes that flechette shells, which are filled with up to 5,000 five-centimetre-long steel darts or flechettes, each one potentially lethal, should never be used in populated areas."

"Fadel Shana appears to have been killed deliberately although he was a civilian taking no part in attacks on Israel's forces," said Amnesty International.

"We condemn all attacks on civilians, including that by Islamic Jihad which killed two Israeli civilians at the Nahal Oz fuel terminal on 9 April. The continuing conflict between Israeli and Palestinian forces is having a disproportionate – and totally unacceptable – impact on civilians, in particular Palestinians in the Gaza Strip."

Since the beginning of this year, 312 Palestinians have been killed by Israeli forces. Most of them have been in the Gaza Strip. In the same period, 21 Israelis were killed by Palestinian armed groups, according the human rights group.