Kenya has turned away thousands of refugees at its border with Somalia and forcibly returned hundreds who had fled Somalia's rampant violence before the border was closed — leaving them susceptible to hunger, beatings and rape, Amnesty International 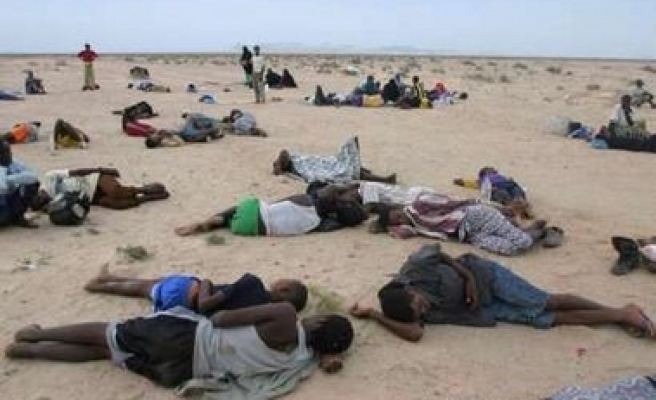 Kenya has turned away thousands of refugees at its border with Somalia and forcibly returned hundreds who had fled Somalia's rampant violence before the border was closed — leaving them susceptible to hunger, beatings and rape, Amnesty International said Tuesday in a new report.

The human rights group urged the Kenyan government to reopen its border with Somalia, which it closed in January as Ethiopian and Somali government troops drove insurgents toward the frontier. The group also called on Kenya to help those Somali refugees stranded at the border receive proper humanitarian aid and protect them from attacks by armed groups.

"It's very dangerous for civilians in Somalia right now," said Ann Corbett, a Kenya specialist for Amnesty International. "Kenya's action in closing its border is deplorable and a violation of a fundamental right enshrined in international law — the right to seek sanctuary from persecution."

Amnesty International said in its report there were between 5,000 and 7,000 Somali refugees waiting for entrance to Kenya when the border closed in January. The group also reported that Kenyan border guards ejected 400 people, mostly women and children, on the day of the closure — what it called a violation of international law.

Khadija, a 24-year-old mother of four children who was only identified by her first name, told Amnesty that the refugees were "dropped and left in the middle of nowhere." She said that as they were walking on foot in the bush, a low-flying helicopter forced everyone to run and hide. As a result, she lost her children.

The organization launched a fact-finding mission to Kenya in March to investigate reports that refugees were being denied entrance to the country and those who had managed to get into camps were not being registered properly and therefore did not receive aid.

The final report estimated that nearly 2,000 refugees who had crossed into Kenya illegally were fearful of registering with humanitarian agencies and did not have access to food or other aid.

"The border crossing has contributed to increased human rights violations since those who have been forcibly returned to Somalia are facing death, starvation and other terrible abuses, including beatings and rapes," Corbett said. "Others who are stranded near the border face similar threats and risks to their lives."

She said Amnesty has made several requests to the Kenyan government to reopen the border, but has not received any response. The group said it will present its report to the Kenyan ambassador to the U.S. on Wednesday and appeal to the State Department to increase pressure on Kenya. Last Mod: 02 Mayıs 2007, 11:14
Add Comment