Human-rights activists are using high-resolution satellites to keep watch over imperiled villages in the Darfur region of Sudan and posting the images online to enlist help preventing violence. 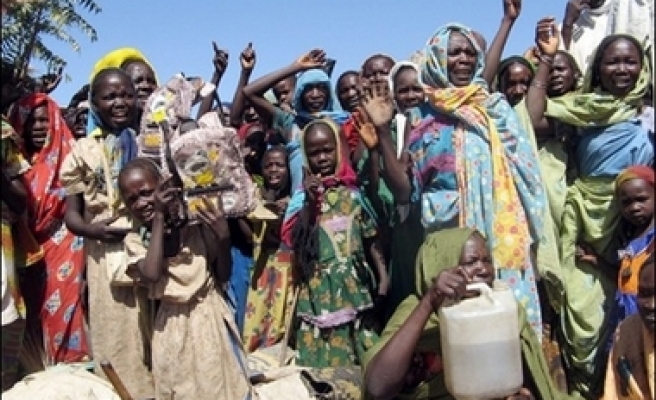 Human-rights activists are using high-resolution satellites to keep watch over imperiled villages in the Darfur region of Sudan and posting the images online to enlist help preventing violence.

The new Amnesty International Web site, http://www.eyesondarfur.org, was scheduled to launch Wednesday in conjunction with a conference at the University of California, Berkeley.

"We're hoping that by shining a light that we will deter the abuse from ever happening," said Ariela Blatter, director of the Crisis Prevention and Response Center for Amnesty International USA.

Satellite images have been used before to document destruction in Darfur and elsewhere. But the latest project offers clearer, more up-to-date images, allowing experts to better track developments, Blatter said.

The quality of the pictures is "very, very good," said Lars Bromley of the American Association for the Advancement of Science, an international nonprofit group that publishes the journal Science and provided technical assistance for the project. "We can see cows. We can see vehicles. We can certainly see houses and fences and other structures."

That's especially important in an area such as Darfur, which is too dangerous for most people, said Bromley, project director for the AAAS Science and Human Rights Program.

More than 200,000 people have been killed and 2.5 million forced to flee their homes.

Sending a ground mission would be next to impossible, "but the satellite image provides you another way to peek over the walls," Bromley said.

The satellites watching Darfur are the latest effort to use the Internet to monitor hot spots such as crime-ridden streets or rush-hour bottlenecks.

"This is the Web camera moved to outer space, basically," said Lee Rainie, director of the Pew Internet and American Life Project. "It's an absolutely logical, expected extension of the stuff that's been going on in the Internet."

Computer users have accessed remote images from their desktops for years, "and now this is being tied to political, economic and social activism in really interesting ways," he said.

The project, called Eyes on Darfur, is funded by the Save Darfur Coalition of humanitarian groups. It also includes archive images showing villages destroyed since the conflict began.

"The picture is worth a thousand words, but it's important that it's carried by a million voices," Blatter said.

But Martha Saavedra, associate director for the Center for African Studies at UC Berkeley, cautioned that issues in the conflict are complicated.

"I think it is good that people are becoming aware. In general, I would say, `Don't just look today at the satellite, but commit to some kind of long-term education of yourself,'" she said. Last Mod: 06 Haziran 2007, 10:30
Add Comment