Traveling to the US for a ceremony organized by Time Magazine to celebrate the world's 100 most influential people, prominent preacher Amr Khaled is on a mission to show the true face of Islam. 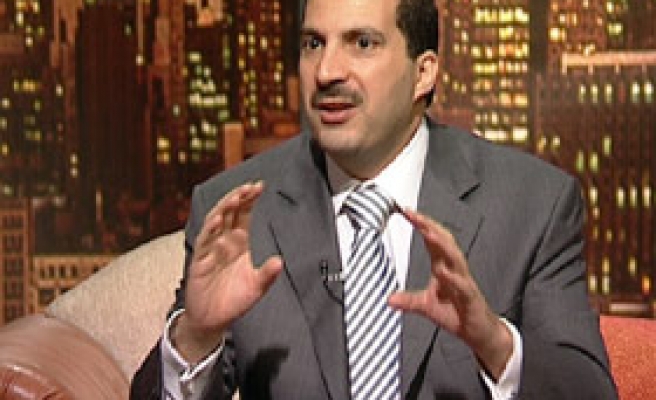 Traveling to the US for a ceremony organized by Time Magazine to celebrate the world's 100 most influential people, prominent preacher Amr Khaled is on a mission to show the true face of Islam.

"I am traveling to USA not for the prize but to use this chance to deliver the message of the true Islam to the media, scholars and the Americans in general," the famed televangelist told IslamOnline.net's audience in a live dialogue hours after Time published its annual list.

"I am going with the intention to clarify the image of Islam and declare what the real Muslims are," he added.

For the first time in the four years the American magazine has been compiling the list, US President George W. Bush did not have enough juice to make the cut, while the famed young Muslim preacher made it to the top-notch list.
"I was chosen by Muslim youth as being the most influential Islamic preacher. I am number 13 on this list," Khaled said.

He said Time choose more names and leaves the choice for the people to pick the top 100.

Besides Rice, US talk show legend Oprah Winfrey is the only person to have reserved her place for the fourth consecutive year.

Khaled, who has made international headlines and rose to fame over his televised programs, hopes to make the best of his US trip.

"I believe that I will, insha Allah, be able to reach those people (Americans) through the timetable of my stay in the US," he told IOL audience.

"I am a preacher who believes in dialogue and that it is essential to promote Islam," Khaled said, asserting he was following in the footsteps of Prophet Muhammad (peace and blessings be upon him) in this regard.

"I will not run away from the chance to teach, even a single person, of the majesty of Islam."

The Egyptian-born preacher, currently studying for his Ph.D in theology at the University of Wales, knows the task is not easy.

"I can feel the great responsibility of this and hope I'm up for it since I will be presenting a lecture in Georgetown University with the professors of the university," he said.

Khaled is also scheduled to give interviews for the CNN and Washington Post.

"I will also give a lecture in the biggest center for Arabic and Islamic studies in the US. This is also beside a big lecture for the Muslims there, which is arranged by CAIR (Council on American Islamic Relations)."

Khaled will also visit the UN to follow on projects implemented by members of his flagship program "Life Makers" there.

The Time has hailed the program for encouraging Muslims to implement action plans for transforming their lives and communities through Islam.

Khaled, born in 1967 in the Egyptian coastal city of Alexandria, is now widely considered to be the most influential voice among Muslim youths today.

He was described by The New York Times in 2006 as "the world's most famous and influential Muslim televangelist."

The World Health Organization (WHO) has honored Khaled in recognition of his anti-smoking televised campaign after a large number of his audience heeded his calls to quit smoking. Last Mod: 10 Mayıs 2007, 17:10
Add Comment