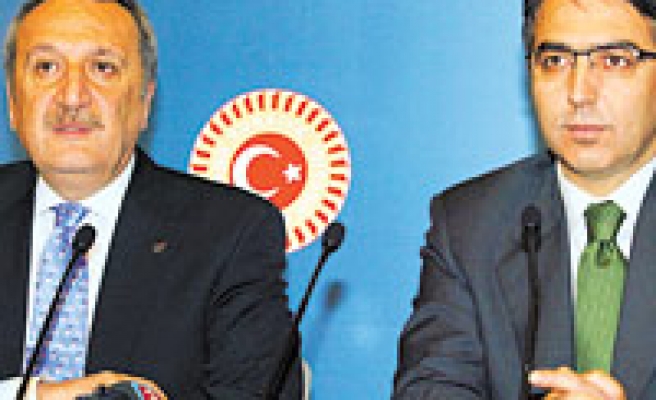 Erkan Mumcu, head of the Motherland Party (ANAVATAN), and Mehmet A?ar, who heads the smaller True Path Party (DYP), said at a joint press conference that they would decide whether to attend the first round of the parliamentary vote on the president, scheduled for tomorrow (Friday), according to the government’s response to their early election call. Observers said the statement could be interpreted as an indication of the two parties’ reluctance to show up at Friday’s vote. The two parties are expected to make a statement again today to announce a common stance for the presidential election.