Ankara government hopes that Portugal, which is due to take over the presidency of the European Union from Germany this weekend, to act objectively as regards Turkey's EU membership process. 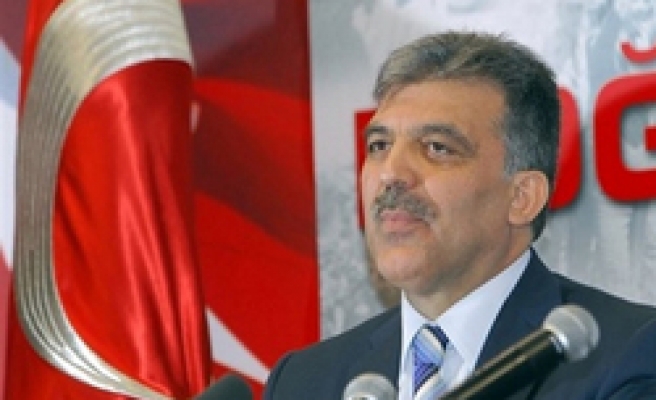 Ankara government hopes that Portugal, which is due to take over the presidency of the European Union from Germany this weekend, to act objectively as regards Turkey's EU membership process.

Ankara thinks Germany has not fulfilled its commitments for opening talks in three chapters before the end of their term.

On the other hand sources say Ankara is optimistic about Portuguese rotating presidency, another Mediterranean country, mainly because of the positive signals from that country regarding Turkey's EU membership bid.

Diplomatic sources in Ankara underline that efforts to erect new obstacles on Turkey's path could be prevented during Portuguese presidency.

Ankara will insist on starting negotiations of "Economic and Monetary Policy" chapter by the end of 2007.

The talks were previously suspended due to France's reservations. Beside many others, enlargement process will be on the agenda of Portugal as of July 1st.

In a statement regarding Portugal presidency, the country's EU envoy Alvaro Mendonca e Moura, said Turkey will be one of the most difficult issues in this period.

Saying that proceeding in negotiations is very important for Portugal, Moura noted new chapters will be discussed during their presidency term.

On the issue of Turkish Republic of Northern Cyprus (TRNC), Moura said they will not follow an open diplomacy if the Direct Trade Regulations come on the table, reminding open diplomacy did not yield benefits until this day.

Portugal thinks EU should meet its promises, and should not close the door to Turkey. The prospective president of EU does not support French president Nicolas Sarkozy's suggestion of a Mediterranean Union.

"New EU Treaty", "Lisbon Agenda", "Security, Freedom & Justice" and "Foreign Affairs" are the priority subjects that will be on the agenda during Portugals's rotating presidency.

In this respect Portugal will work on the political deadlock of EU Treaty (to solve it by 2009), the negative effects of global competition within the framework the Lisbon Agenda, increasing security threats following September 11, as well as strengthening EU's role in the international platform.

Creating stronger links with neighbouring and third countries, by holding summits with China, Russia, India, Brazil, Ukraine, and countries in Africa, is another issue Portugal highlights.

Global warming, energy and measures against poverty will be some of the issues on the agenda in these summits as well.