Anti-European parties in Serbia are set to win more parliamentary seats than pro-European ones, the latest survey of Medium Galloup and Blic daily showed on Wednesday. 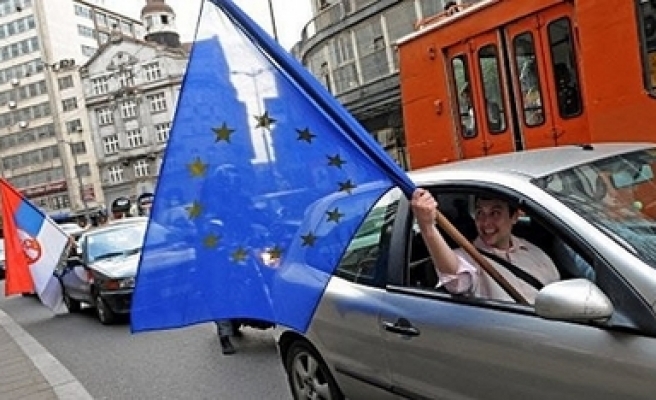 Serbia is heading for early parliamentary elections on May 11 with the hope that the Stabilization and Association Agreement Belgrade signed on Tuesday with European Union will boost the pro-European bloc led by President Boris Tadic.

But the latest survey showed that anti-European forces headed by ultra nationalist Tomislav Nikolic and his Radical Party, Socialist Party of Serbia and caretaker Prime Minister Vojislav Kostunica's Democratic Party of Serbia (DSS), would win 137 parliament seats out of 250, it elections were held right now.

The pro-European bloc led by Tadic would win 113 seats.

This would again, for a third time, put the increasingly nationalist Kostunica's DSS in the position of king-maker.

Observers say that, either way, the process of forming a government will be long and very difficult followed by months of negotiations, political trading and blackmail.