Czech Prime Minister Mirek Topolanek said Sunday that both principle agreements over a US anti-missile base in the country could be negotiated by an April 2-4 NATO summit in Bucharest. 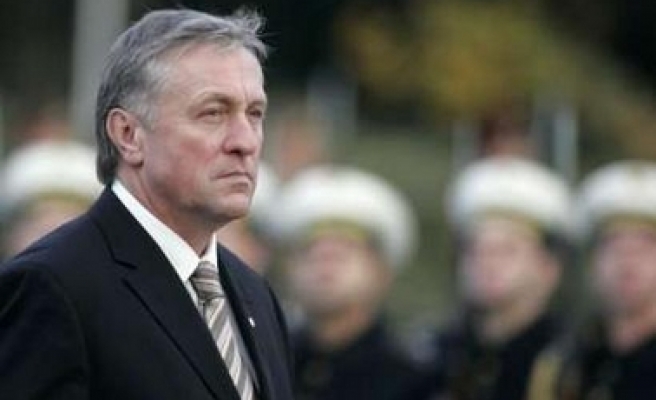 'The main agreement should be, I will not say signed, but I would say negotiated very quickly. On the smaller agreement, the SOFA agreement, where there are still some technical problems, I think we will be able to complete negotiations just ahead of the NATO summit in Bucharest,' Topolanek said on Czech public television of the April meeting that will gather NATO leaders and heads of state.

The second, so-called SOFA agreement-on rules for US anti-missile base staff to be stationed in the country-has lagged behind the main diplomatic deal.

US and Czech negotiators should restart negotiations over it Wednesday in Prague and continue until Friday, defence ministry spokesman Andrej Cirtek said.

Deputy Czech defence minister Martin Bartak last week suggested this part of the deal over US plans to site a tracking radar in the Czech Republic, twinned with 10 interceptor missiles in neighbouring Poland, might only be tied up 'within one or two months' if there was an 'obliging approach' from the Americans.

'Their (the Polish) negotiating position, in this sense and fashion, is somewhat arguable according to me, but I hope that we will get agreement with the Americans and that we will go ahead with this project together because it is in the interests of European NATO members,' Topolanek said.

Asked whether the Czechs would sign a deal without the Poles, the Czech premier said Prague had prepared for 'various scenarios.'

'I do not want to publicise them when they still do not threaten,' he added.

'That power-energy complex of Gazprom and other companies will carry on dominating the government of the Russian Federation,' he said.

Moscow has frequently attacked the US plans to site missile defence facilities in the Czech Republic and Poland.

The junior coalition party member, the Greens, have said in the past they would only back the US radar scheme if it forms part of a broader NATO defence programme, something which the alliance has not agreed to so far.