Anwar, who had hoped to win a parliamentary seat at a by-election set for Aug. 26, denies allegations he had sex with a male aide and says they are aimed at derailing his political comeback. 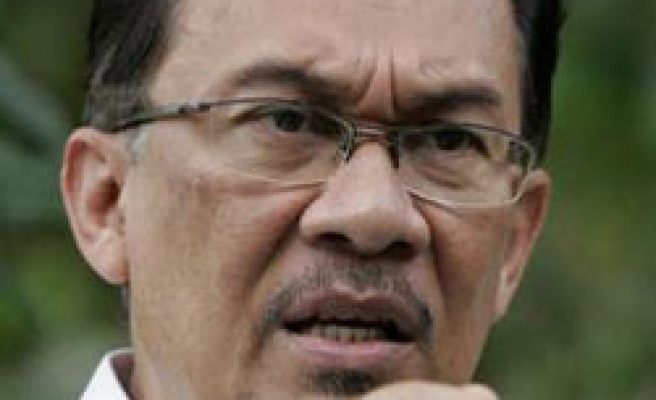 Malaysia's courts are to prosecute the country's best known opposition politician Anwar Ibrahim at a court appearance on Thursday and his lawyers said they expected him to be formally charged with sodomy.

Anwar, who had hoped to win a parliamentary seat at a by-election set for Aug. 26, denies allegations he had sex with a male aide and says they are aimed at derailing his political comeback.

News of the court appearance came an hour after Malaysia's Election Commission set a date for a by-election in a parliamentary constituency held by Anwar's wife which he was expected to win easily.

"I have information that he will be charged for sodomy tomorrow," Sankara Nair, Anwar's lawyer, told Reuters.

Police said in a statement that prosecutors had decided to prosecute Anwar for "carnal intercourse against the course of nature".

"I have information that he will be charged for sodomy tomorrow," Sankara Nair, Anwar's lawyer, told Reuters on Wednesday.

Anwar, who was barred from parliament in April 1999 after being convicted of corruption, plans to hold a confidence vote in the UMNO-led government in which he said he is confident he can win over 30 government MPs so as to win power.

Anwar won the seat in which he will stand, Permatang Pauh seat in the northern state of Penang, in 1995 with a 20,000 majority when he stood as a government candidate.

"At this moment, Anwar has the upper hand in the campaign as everyone expect him to win, but the Barisan (ruling coalition) strategy is to throw as much dirt as possible during the campaign so that even if he wins, he will win with some tainted allegations," said James Chin, Professor of Political Science, Monash University Malaysia Campus.

Anwar was imprisoned on corruption charges in April 1999, which meant he lost his parliamentary seat. He was released in 2004 and a bar on his standing for office expired this year.

In elections in March, the opposition alliance deprived the government of its two-thirds majority due in part to popular anger over rising prices.

The prospect of political instability in Malaysia whose economy is slowing has unsettled investors who fear both the UMNO government and Anwar's coalition will pursue populist policies to win power.

"We believe that a transition of sorts has begun (in Malaysia), but it is unclear how quickly things will change, or even the degree of change that will take place," said James McCormack of Fitch Ratings in an emailed response to a question.