Apartheid in the Holy Land

I've been very deeply distressed in my visit to the Holy Land; it reminded me so much of what happened to us black people in South Africa. 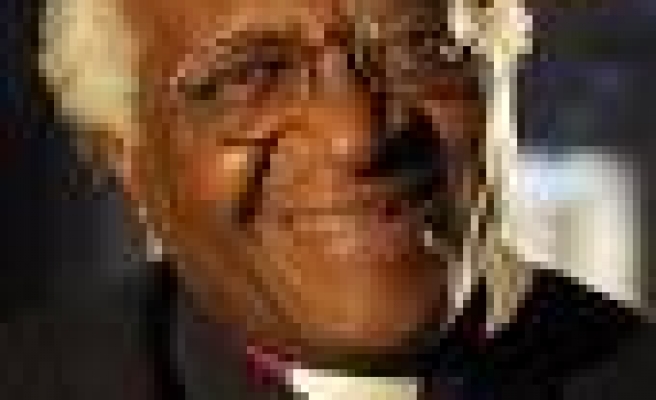 I have seen the humiliation of the Palestinians at checkpoints and roadblocks, suffering like us when young white police officers prevented us from moving about.

On one of my visits to the Holy Land I drove to a church with the Anglican bishop in Jerusalem. I could hear tears in his voice as he pointed to Jewish settlements. I thought of the desire of Israelis for security. But what of the Palestinians who have lost their land and homes?

I have experienced Palestinians pointing to what were their homes, now occupied by Jewish Israelis. I was walking with Canon Naim Ateek (the head of the Sabeel Ecumenical Centre) in Jerusalem. He pointed and said: "Our home was over there. We were driven out of our home; it is now occupied by Israeli Jews."

The military action of recent days, I predict with certainty, will not provide the security and peace Israelis want; it will only intensify the hatred.

Israel has three options: revert to the previous stalemated situation; exterminate all Palestinians; or - I hope - to strive for peace based on justice, based on withdrawal from all the occupied territories, and the establishment of a viable Palestinian state on those territories side by side with Israel, both with secure borders.

We in South Africa had a relatively peaceful transition. If our madness could end as it did, it must be possible to do the same everywhere else in the world. If peace could come to South Africa, surely it can come to the Holy Land?

My brother Naim Ateek has said what we used to say: "I am not pro- this people or that. I am pro-justice, pro-freedom. I am anti- injustice, anti-oppression."

But you know as well as I do that, somehow, the Israeli government is placed on a pedestal [in the US], and to criticise it is to be immediately dubbed anti-semitic, as if the Palestinians were not semitic. I am not even anti-white, despite the madness of that group. And how did it come about that Israel was collaborating with the apartheid government on security measures?

People are scared in this country [the US], to say wrong is wrong because the Jewish lobby is powerful - very powerful. Well, so what? For goodness sake, this is God's world! We live in a moral universe. The apartheid government was very powerful, but today it no longer exists. Hitler, Mussolini, Stalin, Pinochet, Milosevic, and Idi Amin were all powerful, but in the end they bit the dust.

Injustice and oppression will never prevail. Those who are powerful have to remember the litmus test that God gives to the powerful: what is your treatment of the poor, the hungry, the voiceless? And on the basis of that, God passes judgment.

We should put out a clarion call to the government of the people of Israel, to the Palestinian people and say: peace is possible, peace based on justice is possible. We will do all we can to assist you to achieve this peace, because it is God's dream, and you will be able to live amicably together as sisters and brothers.