Apple peel may either inhibit or kill cancer cells in laboratory cultures, a Cornell University research has found. 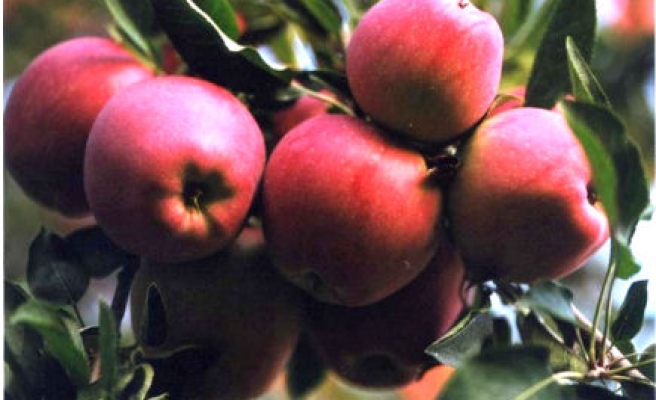 Apple peel may either inhibit or kill cancer cells in laboratory cultures, a Cornell University research has found.

Cornell researchers analyzed the peel from 230 pounds of red delicious apples and isolated their individual compounds.

After identifying the structures of the promising compounds in the peel, the researchers tested the pure compounds against cancer cell growth in the laboratory.

They identified a dozen compounds -- triterpenoids -- in apple peel that either inhibit or kill cancer cells in laboratory cultures, according to the research published this month in the Journal of Agricultural and Food Chemistry.

Three of the compounds have not previously been described in the literature.

Lead researcher Rui Hai Liu, Cornell associate professor of food science, said three of the compounds have not previously been described in the literature.

"We found that several compounds have potent anti-proliferative activities against human liver, colon and breast cancer cells and may be partially responsible for the anti-cancer activities of whole apples," said Liu.

In previous Cornell studies, apples had been found not only to fight cancer cells in the laboratory but also to reduce the number and size of mammary tumors in rats. The Cornell researchers now think that the triterpenoids may be doing much of the anti-cancer work.

"We believe that a recommendation that consumers to eat five to12 servings of a wide variety of fruits and vegetables daily is appropriate to reduce the risks of chronic diseases, including cancer, and to meet nutrient requirements for optimum health," said Liu. Last Mod: 05 Haziran 2007, 10:41
Add Comment