Arab American voters view the Iraq war as the top issue in the 2008 US Presidential elections, according to a Zogby poll released. 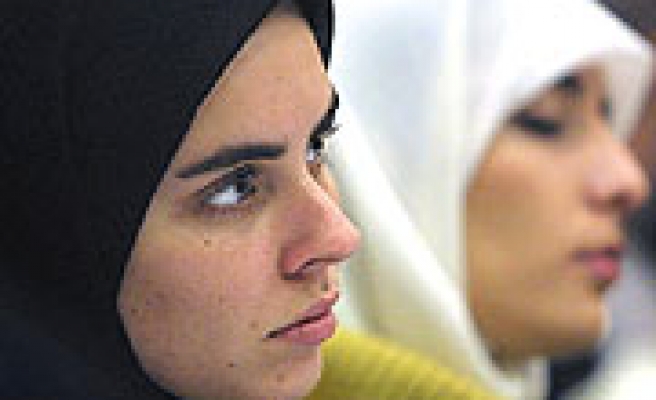 Arab American voters view the Iraq war as the top issue in the 2008 US Presidential elections, most favoring a "phased withdrawal" from the country, according to a Zogby poll released Thursday.

The poll conducted by Zogby International Arab American Institute showed the Iraq war as the most decisive issue for all Arab Americans voters, including US-born, Foreign-born, Christians and Muslims, with 61 percent ranking it highest overall in the presidential campaign.

" Support for the Bush administration to "remain in Iraq until victory is backed by less than one-quarter, 23 percent, of Arab-American Republicans", the poll stated. The poll results show a decrease in Arab American affiliation with the Democratic and Republican parties.

This year, 37 percent of Arab-Americans identified themselves as Democrats down from 43 percent in 2006; while 26 percent are Republican, compared to 32 percent in 2006.

However, there was a dramatic increase in the number of Independents, now at 28 percent, up from 16 percent in 2006.

When asked to rate President Bush's job in office, an overall 79 percent gave him a negative rating; including more than half of Arab Republicans, 55 percent. Overall, 18 percent voted positively with eight percent describing his performance as "excellent" and 10 percent qualifying as "good".

Barack Obama, with 37 percent support from Democratic and Independent Arab Americans, ranks highest among the Democratic presidential candidates, followed by Hillary Clinton, with 33 percent, and John Edwards, with 12 percent. On the Republican side, Rudy Giuliani, with 32 percent, topped the charts among Arab American Republicans and Independents, and John McCain in second place with 28 percent, and Mitt Romney with 16 percent; closely matching with overall national polls. Candidates who pledged to engage Israel and Palestinians in peace-building efforts were more likely to win Arab American votes. The polls found.

"Almost two-thirds of Arab American voters say they would be more likely to vote for a presidential candidate who promised to take an active role in the peace process between Israel and the Palestinians," the poll stated.

Support was also high for candidates who promised proactive peace-building efforts between Israel and Syria, with 58 agreeing they would be more inclined to offer their support. Over 63 percent cited "honesty" as the most important characteristic in determining their choice for president, while 33 percent split between "Moral character" and "strong leadership" to win their vote.

There are an estimated 3.5 million Arab Americans in the US nationwide, concentrated in key election states for candidates like Michigan, Ohio, and Florida. Last Mod: 29 Haziran 2007, 12:13
Add Comment