Israeli police have raided the home and offices of Azmi Bishara, a prominent Arab-Israeli politician, who has been accused of helping Hezbollah, the Lebanese Shia group, during the conflict in 2006. 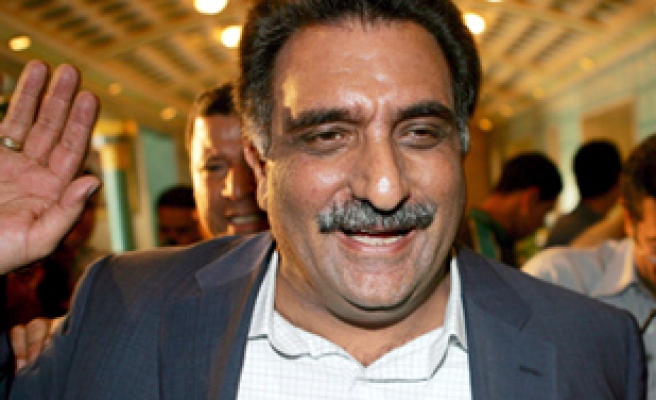 Israeli police have raided the home and offices of Azmi Bishara, a prominent Arab-Israeli politician, who has been accused of helping Hezbollah, the Lebanese Shia group, during the conflict in 2006.

Police seized computers from Bishara's home in Jerusalem, as well as his offices in Jaffa and Nazareth, on Friday.

The raids come shortly after Bishara lost his parliamentary immunity, when he resigned from the Knesset earlier this week.

A police source said Bishara could be arrested immediately if he returned to Israel, which he has said he intends to do.

"My stay outside is temporary," he said in a phone interview with Al Jazeera.

Bishara, 50, is under investigation for passing information to state enemies and receiving money in exchange.

The former Knesset member, who heads the party Balad, has denied the allegations, saying they are politically motivated.

Bishara said a police document allegedly revealed that he is suspected of "aiding the enemy in wartime" through information he conveyed, violating money-laundering laws and committing other security-related crimes.

According to the police document, Bishara was twice questioned under caution, but it did not specifically mention Hezbollah nor elaborate on the allegations. No charges have been brought in the case.

"The investigating bodies are hopeful that Bishara will arrive to continue his investigation as obliged," the document said.

Bishara resigned from Israel's Knesset on Sunday at the Israeli embassy in Cairo and said he would stay abroad for a time because of a "racist" climate back home.

Bishara told Al Jazeera he had not received any funds from Hezbollah, which fired some 4,000 rockets into Israel during the 34-day conflict.

Bishara has clashed with Israel's justice system in the past by making solidarity trips to Syria and Lebanon and invoking parliamentary immunity to evade prosecution for visiting "enemy states".

Bishara told Al Jazeera: "Exile is not an option. Return is definite but the matter will take some time and arrangements. I want to set the rules of the game."

He said that if he stayed in Israel, legal proceedings could drag on for years and he would not be able to leave.

Balad holds three of the 120 seats in the Israeli parliament.

Its call for Israel to cease being defined as a Jewish state and for Palestinians to achieve statehood in the West Bank and Gaza Strip resonates with many Israeli Arabs, who complain of discrimination by the Jewish majority.