Arab League chief Amr Moussa urged the U.S. and Iran to continue their dialogue on Iraq, saying that the future of the country matters to all Arab nations. 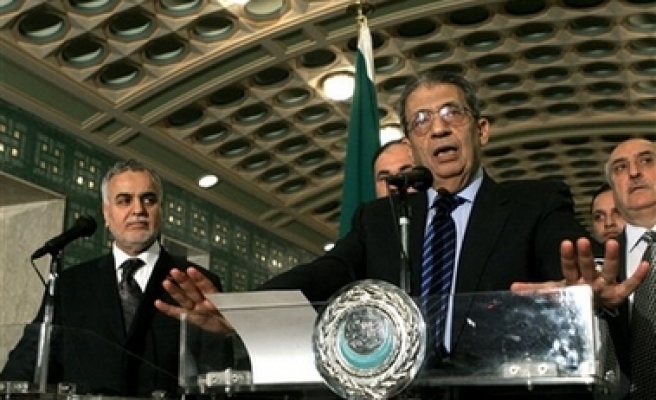 Arab League chief Amr Moussa urged the U.S. and Iran to continue their dialogue on
Iraq, saying on Monday that the future of the country matters to all Arab nations.

"The (Iran-U.S.) dialogue is an active attempt to calm down the issues and solve the problems away from military conflict, and we hope that the dialogue will continue in favor of tranquility," Moussa said during a visit from Iraq's Sunni Arab vice president, Tariq al-Hashemi.

Al-Hashemi was in Egypt seeking help for his country.

"We are in dire need for help and cooperation to exchange views on how to end the Iraqi bottleneck," al-Hashemi told reporters.

He said the Iraqi government needed to do more to reconcile with individuals opposed to it, referring to minority Sunni groups battling the Shiite-led government.

Egypt has expressed worries about the rise to power by Iraq's majority Shiite Muslims after the 2003 U.S.-led invasion toppled Saddam Hussein's Sunni-dominated regime. Egypt and most other Arab countries in the Middle East are majority Sunni.

Mubarak angered Iraqi leaders in 2005 by saying Shiites in Iraq and across the Middle East are more loyal to Iran — a majority Shiite country — than their own countries.

Al-Hashemi is scheduled to meet President Hosni Mubarak and other top Egyptian officials during his visit.