Arab League Secretary-General Amr Moussa said: "The criminal aggression against Gaza shows that Israeli policy against the Palestinian people is based on genocide and ethnic cleansing." 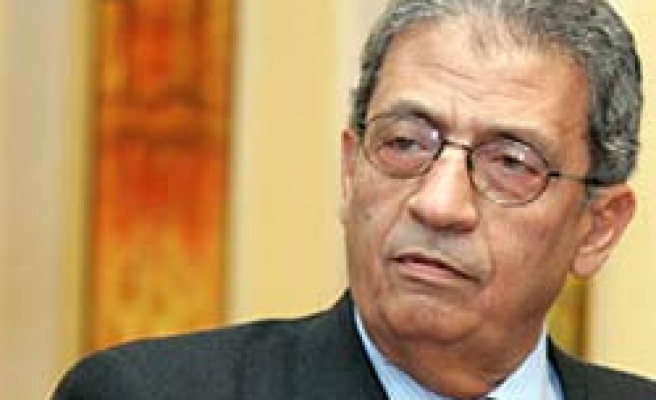 The Arab League condemned Israeli attacks on the Gaza Strip as crimes against humanity on Wednesday.

Arab foreign ministers said they "strongly condemn the barbaric crimes that the Israeli occupation forces committed in Gaza and the rest of the occupied Palestinian territories".

Meeting to prepare for an Arab summit in Syria this month that is expected to focus on Gaza and Lebanon, the ministers said in a statement they were "recording these Israeli crimes as crimes of war and crimes against humanity".

Israel ended a five-day Gaza military offensive on Monday in which more than 120 Palestinians and two Israeli soldiers were killed. It has threatened to send troops back to Gaza.

Arab League Secretary-General Amr Moussa said: "The criminal aggression against Gaza shows that Israeli policy against the Palestinian people is based on genocide and ethnic cleansing."

U.S. Secretary of State Condoleezza Rice said on Wednesday that Israel and the Palestinians had agreed to resume peace talks, but did not specify a date.

Palestinian President Mahmoud Abbas, who froze negotiations on Sunday in protest at the Israel attacks, said talks could not get underway until Israel reached a ceasefire with Gaza fighters.

In Cairo, the Arab ministers called on Palestinians to end internal divisions.

The March 29-30 Arab summit in Damascus is expected also to deal with the political deadlock in Lebanon, which has been without a president since November due to a power struggle between the Western-backed government and pro-Syria opposition.