A senior Palestinian official revealed on Sunday that theArab summit approved the Yemeni initiative for reconciliation between Hamas and Fatah movements. 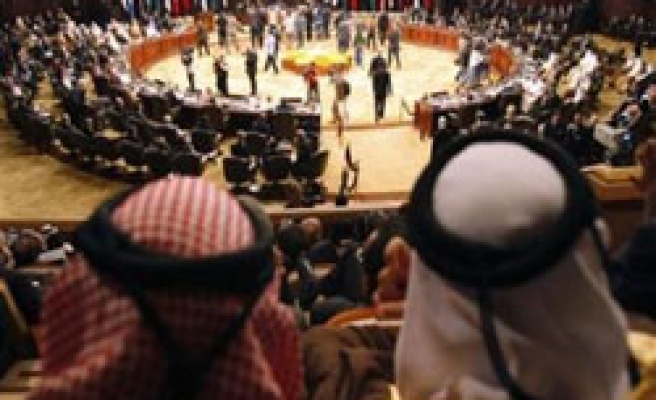 A senior Palestinian official revealed on Sunday that the Syrian-hosted Arab summit approved the Yemeni initiative for reconciliation between rival Hamas and Fatah movements.

Majdi el-Khalidi, a diplomatic advisor to President Mahmoud Abbas and a member of the Palestinian delegation, told reporters that Arab leaders accepted the Yemeni initiative and approved it.

"The Arab leaders in the 20th Arab League Summit agreed to include in the final statement a clause says (the Arab efforts will continue to achieve a Palestinian reconciliation and welcomes the efforts of Yemen)," said el-Khalidi.

Yemeni President Ali Abdullah Saleh had offered the rival Fatah and Hamas the initiative aimed at ending their dispute. A week ago, the two sides accepted the initiative, but then disagreed about how it was to be implemented.

The seven-clause Yemeni initiative calls on Hamas movement to end its military takeover of the Gaza Strip that began in June 2007, rebuild the security apparatuses and schedule early presidential and legislative elections.

El-Khalidi also said that the Arab leaders approved three Palestinian-related decisions and would be included in the final statement that to be issued at the end of the two-day summit later Sunday.

He said Arab leaders agreed to extend the monthly 55 million dollars of Arab financial aid to the Palestinian Authority (PA) for another Year. However, he noted that the Arabs had only paid 40 per cent of what they pledged in the previous summits.

El-Khalidi added that the second Palestinian-related decision of the summit is about the Arab peace initiative, saying that the summit will continue to back the initiative to try to achieve peace in the Middle East.

The third Palestinian-related decision, he said, concerned the internal Palestinian situation and developments in the Palestinian cause.