Eleven heads of state from the Arab League's 22 members were present at the opening session. 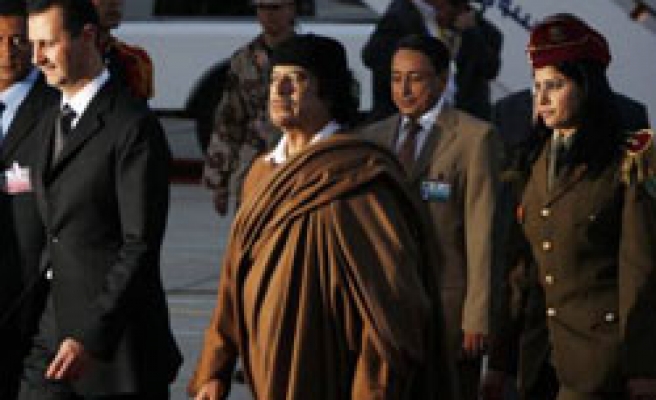 An Arab summit opened in the Syrian capital Damascus on Saturday in the absence of Lebanon and of conservative Arab leaders critical of Syria's role in the Lebanese crisis.

Eleven heads of state from the Arab League's 22 members were present at the opening session, slightly less than normal at the annual event, reflecting displeasure with Syrian policy.

The absence of Lebanon, King Abdullah of Saudi Arabia, President Hosni Mubarak of Egypt and King Abdullah of Jordan means the summit cannot help resolve the political crisis in Lebanon, which has not had a president since November.

The Lebanese government and its allies say Syria is obstructing the process of electing a new president. Syria says the United States and its regional allies are responsible.

Resolutions prepared for the summit also do not contain substantial new ideas on the Israeli-Palestinian conflict or on the problems facing Iraq, analysts say.