Arabs plan a meeting of all Palestinian factions in Cairo

Envoys from Palestinian President Mahmoud Abbas's Fatah faction visited the Gaza Strip on Tuesday to brief members there on his bid for reconciliation with the territory's Islamist Hamas rulers, officials said. 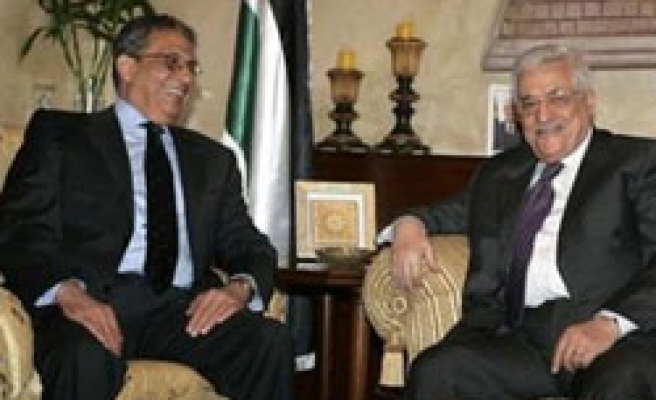 It was the first Fatah mission to Gaza since Hamas took over a year ago.

Delegation leader Hikmat Zeid said he had no objection to meeting Gazan Hamas representatives "if they ask for a meeting."

A Hamas official was also non-committal.

"If they want to meet then we will meet them, in accordance with their request," he told Reuters.

Zeid said the delegation would brief Gazan Fatah members and other allied factions within the Palestine Liberation Organisation (PLO) about recent efforts by Abbas to patch up ties with Hamas.

"We should focus our efforts on implementing the initiative in order to reach out for national unity to confront the dangers threatening the Palestinian cause," Hikmat told reporters, referring to a Hamas-Fatah mediation drive by Yemeni President Ali Abdallah Saleh that has been stalled for months.

Following a reconciliation call by Abbas this month, officials from the two factions met in Senegal. Those talks restored "an atmosphere of trust and mutual respect," a joint Hamas-Fatah statement said.

Zeid said Arab brokers were trying to organise a meeting of all Palestinian factions in Cairo by the end of the month.

Fatah delegate Marwan Abdel-Hamid said his faction preferred to meet Hamas along with other groups and not "bilaterally". Hamas leader Ismail Haniyeh said last week voiced a preference for direct talks with Fatah.

Hamas ended more than 40 years of Fatah's unchallenged leadership of the Palestinian people with a victory in a parliamentary election in 2006. Hamas fighters went on to rout Fatah forces and take over the Gaza Strip in June 2007.