Finnish scientists hope reindeer living in the Arctic Circle could help find a cure for a disfiguring tropical disease. 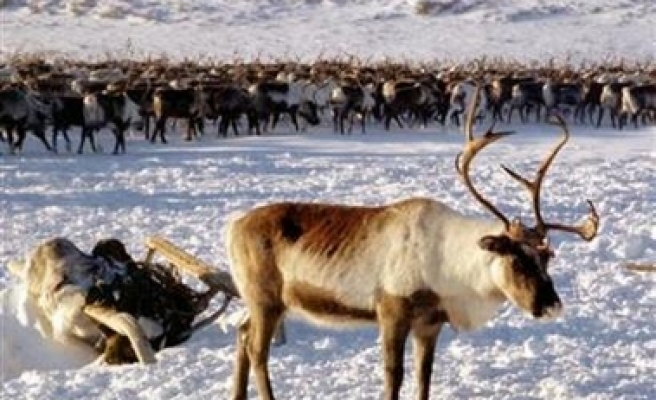 Finnish scientists hope reindeer living in the Arctic Circle could help find a cure for a disfiguring tropical disease.

Researchers have found filarioidea-family maggots -- responsible for elephantiasis in humans -- in reindeers in Kuusamo, less than 100 km from the Arctic Circle. They are now studying how the spread of the worm could be prevented.

"From trying to stop this worm (in reindeer) we can get information that could be meaningful in the fight against elephantiasis," Professor Antti Oksanen from Finnish food safety authority Evira told Reuters on Friday.

Elephantiasis, known officially as lymphatic filariasis, is a disfiguring disease spread by mosquitoes to humans. It can cause limbs to swell up to several times of their normal size, as well as fever and pain.

It seems filarioidea worms do not cause any diseases in reindeer and have not spread to cattle, Oksanen said. Last Mod: 29 Nisan 2007, 19:07
Add Comment